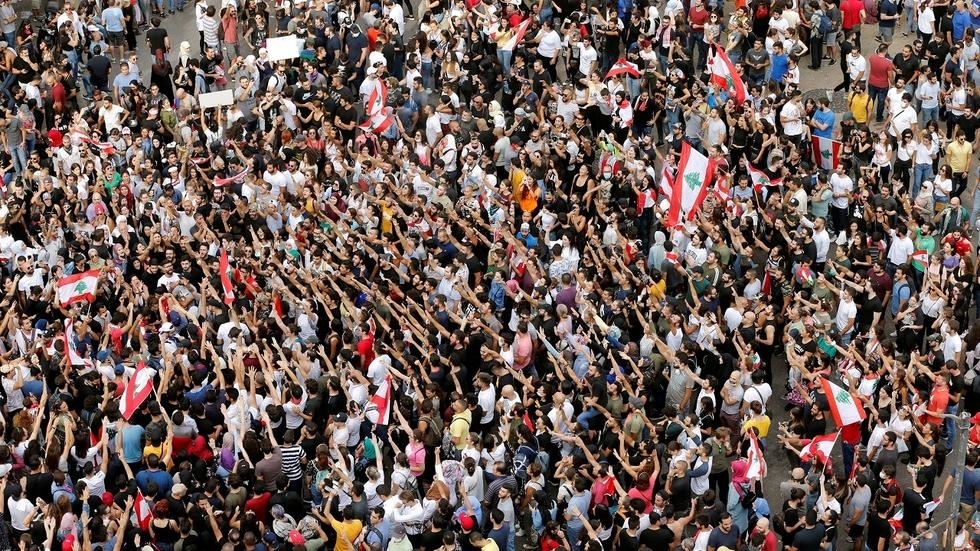 According to official sources a Saudi newspaper revealed onFriday that Saad Hariri's government will Submit its resignation within the coming 24 hours .

"Okaz" newspaper quoted (unnamed) sources as saying that Hariri will form a new mini-government under his presidency, consist of 14 ministers, which does not include any of the ministers of the current government.

The newspaper said: "The new government due formed will not include the Minister of Foreign Affairs Gebran Bassil, nor the Interior Minister Raya AL-Hassan, but will be limited to ministers of Technocrats competencies capable of restoring internal and external confidence."

The newspaper added that its sources confirmed that "this change was agreed on by all parties, the citizens will be allowed to demonstrate in the squares after the resignation of the government, while securing the opening of all roads, especially the main roads. "

For the ninth day in a row, Lebanon is living on demonstrations and protests in several cities. It began to protest aginst the government's intention to impose new taxes which Includes a tax increase on added value on goods, including the adoption of the imposition of 20 cents per day on Whatsapp calls and other smart applications, before later retracted on them,

It then developed to denounce widespread corruption, and calls for the overthrow of the current sectarian system and for early parliamentary elections.

These popular protests have paralyzed the country by continuing to shut down banks, schools and universities, while cutting off the country's main roads.

On last Monday, Hariri's government approved a package of reform measures to calm the protesters, including cutting the salaries of current and former deputies and ministers by 50% and imposing additional taxes on bank's profits In response to the anti-government protests, but the street declared its rejection to it.

Lebanese President Michel Aoun's speech on Thursday sparked more anger on the streets and squares of Lebanon because of the poor quality of the speech and as a "registered and produced very badly."