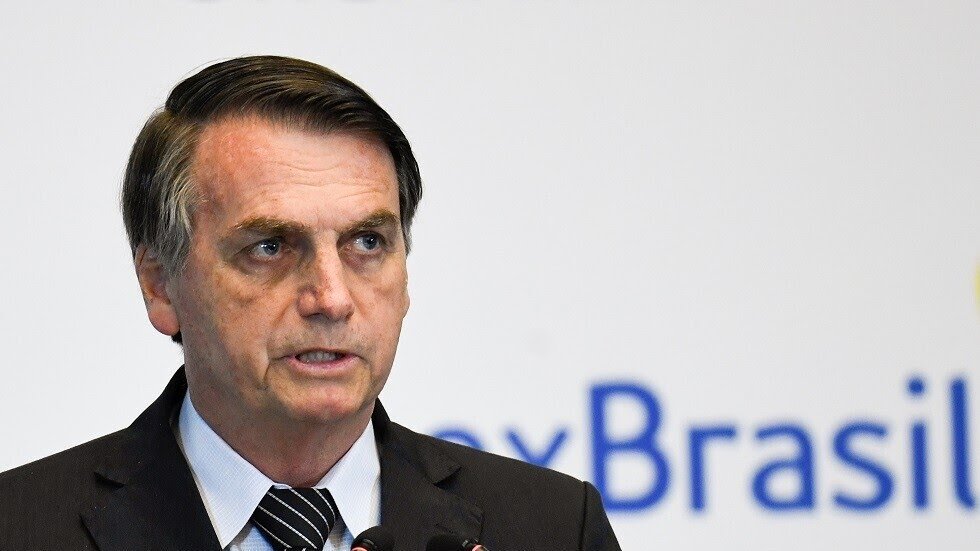 Brazilian President Jaime Bolsonaro is set to arrive to Abu Dhabi ,tomorrow's  Saturday, kiking off a three- Gulf nation tour which he hopes during it will turn a page on a diplomatic row accured last year with Arab countries over a proposal to move Brazil's embassy to Israel in Jerusalem.

According to the "Reuters", this plan, which includes Brazil's traditional support for a two-state solution to end the conflict between the Palestinians

and the Israelis have angered Arab countries and threatened Brazilian meat exports which worth about $ 5 billion a year.

Last April, during a visit to Israel The Brazilian president abandoned the idea and announced instead the opening of a commercial representation office in Jerusalem.

Kenneth Nobriga, secretary of bilateral negotiations with the Middle East, Europe and Africa at the Brazilian Foreign Ministry, said invitations to visit the UAE, Qatar and Saudi Arabia demonstrate overcoming the crisis.

He also said Bolsonaro would seek to boost the trade and investment with the three countries to help revitalize the Brazilian economy. The right-wing Brazilian prisdent will meet the leaders of these countries and address a speach during a business conference in Doha on Monday and another in Riyadh on Wednesday.

While Bolsonaro said last year that Palestine was not a country and should not have an embassy in Brasilia despite of Brazil's recognition of the state of Palestine and the 1967 borders.

Al-Zabin confirmed that the officials of Brazilian Foreign Ministry told him that Brazil is " still support a two-state solution to the Palestinian issue."

He added: "We are trying to strengthen and diversify the relations between Brazil and the Arab countries based on the interests of LP".