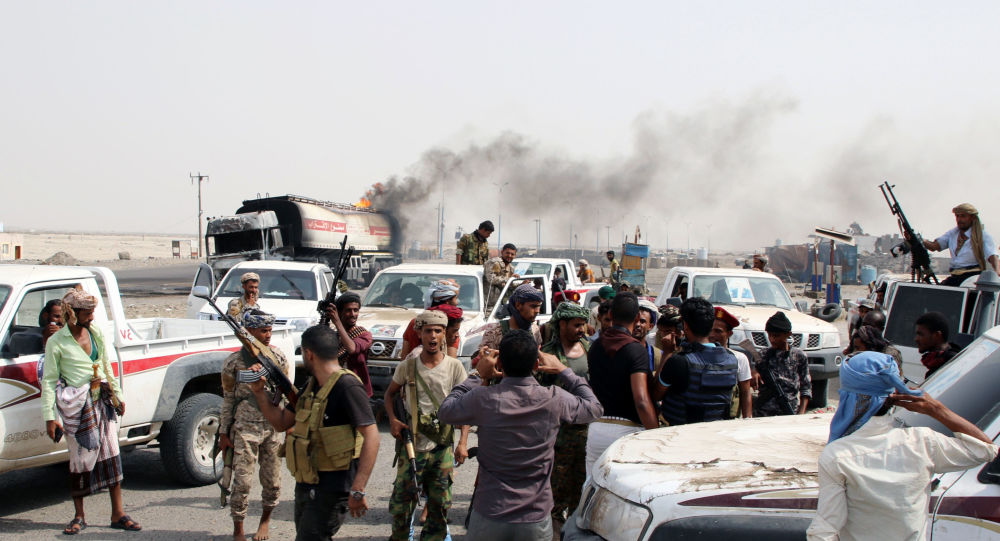 The Yemen`s internationally recognized government announced on Saturday, that the Riyadh agreement will be formally signed within two days and the UAE-backed armed separatist southern transitional council (STC).

The Minister of Information in the Yemeni government "legitimate" Muammar al-Eryani said in a series of tweets on "Twitter": "After the initialing of the Riyadh agreement, the agreement will be formally signed within two days."

"What is expected of all is to take the event positively away from political rivalries as a pivotal and important step to unite and direct all efforts in the battle of salvation from the Iranian-backed Houthi militia.", he added.

Eryani confirmed that the agreement, as finalized, unites Yemenis' efforts to confront the Houthi coup within the framework of constitutional legitimacy, preserves national constants, abides by the three authorities and enhances the presence of state institutions in liberated provinces.

He praised what he described as "the great and sincere efforts" made by Saudi Arabia to reach this agreement.

According to informed sources, the agreement provides for the formation of a government of political competencies with the participation of the Transitional Council and other southern forces 45 days after the implementation of military and security, and the President of the Republic nominates members of the new government.

The agreement confirmed the return of the current government to Aden within 7 days from the day of signing, the return of all state institutions and all authorities to Aden, and to begin the integration of all military formations within the framework of the Ministries of Defense and Interior.

The agreement stipulated in one of its articles that the transitional council be included in the legitimate government delegation to negotiate a comprehensive political solution sponsored by the United Nations in Yemen.

For his part, said the spokesman for the southern transition Nizar Haitham, "the Southern Transitional Council, through the signing of the Riyadh agreement, which is sponsored by Saudi Arabia, to establish a new and advanced stage, where the south will have official representation at the regional and international tables."

In a statement posted on the council's official website, have been noted that the agreement establishes an official partnership at all political, military, economic, security and development levels with the Saudi-led Arab coalition.

It was considered the southern issue will move, through the Riyadh agreement, to the stage of clear and official partnership and regional and international recognition of the southern issue, and to extract the right of southerners to manage, secure and protect their land.

"The Riyadh agreement represents a strategic step towards realizing the Southern Transitional Council project and its objectives of liberation and independence," he said, referring to the secession of southern Yemen from the north it advocates.

In this context, a southern components expressed their objection to the mechanism of consultations between the Yemeni government and the Transitional Council (STC), calling in letters sent to President Abdrabbo Mansour Hadi, to involve them in any political solutions related to southern Yemen.