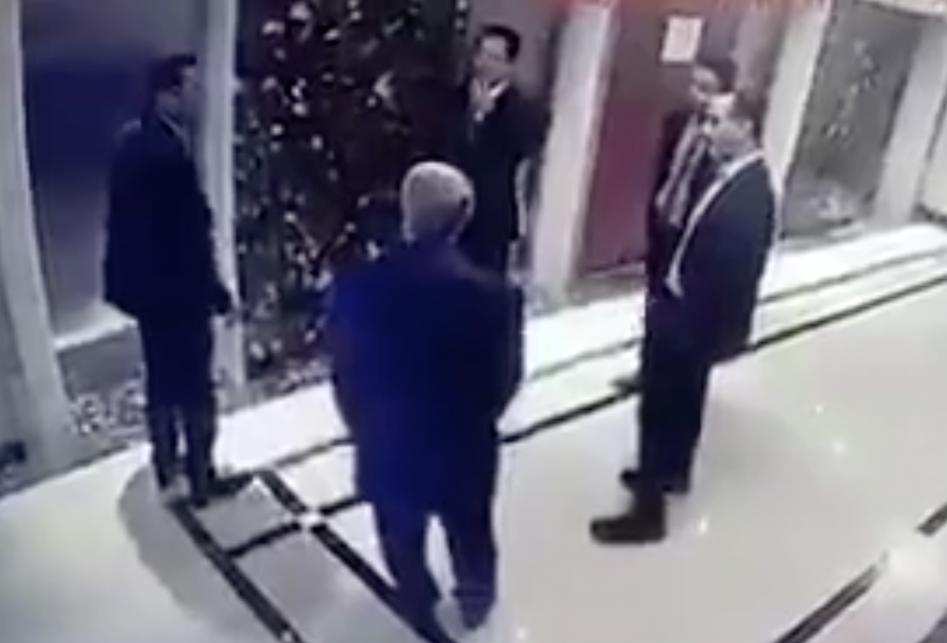 Two Yemeni officials have sparked outrage on social media after a video emerged of them slapping each other at a plush Cairo hotel.

In the CCTV clip, which went viral late on Friday, Mohamed Marem, Yemen’s ambassador to Egypt, could be seen striking Mohammed Moawadah, an advisor to the Yemeni delegation of the Arab League, before being hit back by the junior official.

The footage, which was reportedly filmed at a unnamed Cairo hotel earlier this month, appeared to show the ambassador and his aide quarrelling before they came to blows.

Social media users said despite striking first, Marem appeared to have come off worse in the brawl when Moawadah's retaliatory slap left the ambassador staggering back and looking for his glasses on the floor.

“When children and fools enter office this will be the result,” one Yemeni Twitter user wrote. Yemen’s Houthi rebels, who ousted the country’s internationally recognised government in late 2014, also weighed in, accusing the officials of tarnishing the reputation of the country.

“They have tarnished the reputation of the Republic of Yemen with their vulgar behaviour and we hope to deal with them through legal means,” Mohammed Ali al-Houthi, the head of the rebels' Supreme Revolutionary Committee, wrote on Twitter.

This is the second time in recent months that Marem, a career politician, has sparked controversy among Yemenis.

The United Nations has described Yemen as the world's worst humanitarian crisis with more than two-thirds of the population, some 24.1 million people, in need of aid.

Tens of thousands of people, mostly civilians, have been killed since March 2015 when Saudi Arabia and its allies intervened to prop up the beleaguered government of President Abd Rabbu Mansour Hadi.

In an effort to end a standoff in the south of the country, Hadi's government agreed to a power-sharing agreement with southern separatists in the port city of Aden.

The Saudi-brokered deal, which is yet to be signed, will see a government reshuffle that will include the UAE-backed Southern Transitional Council and the restructuring of Yemen's armed forces under Saudi supervision.