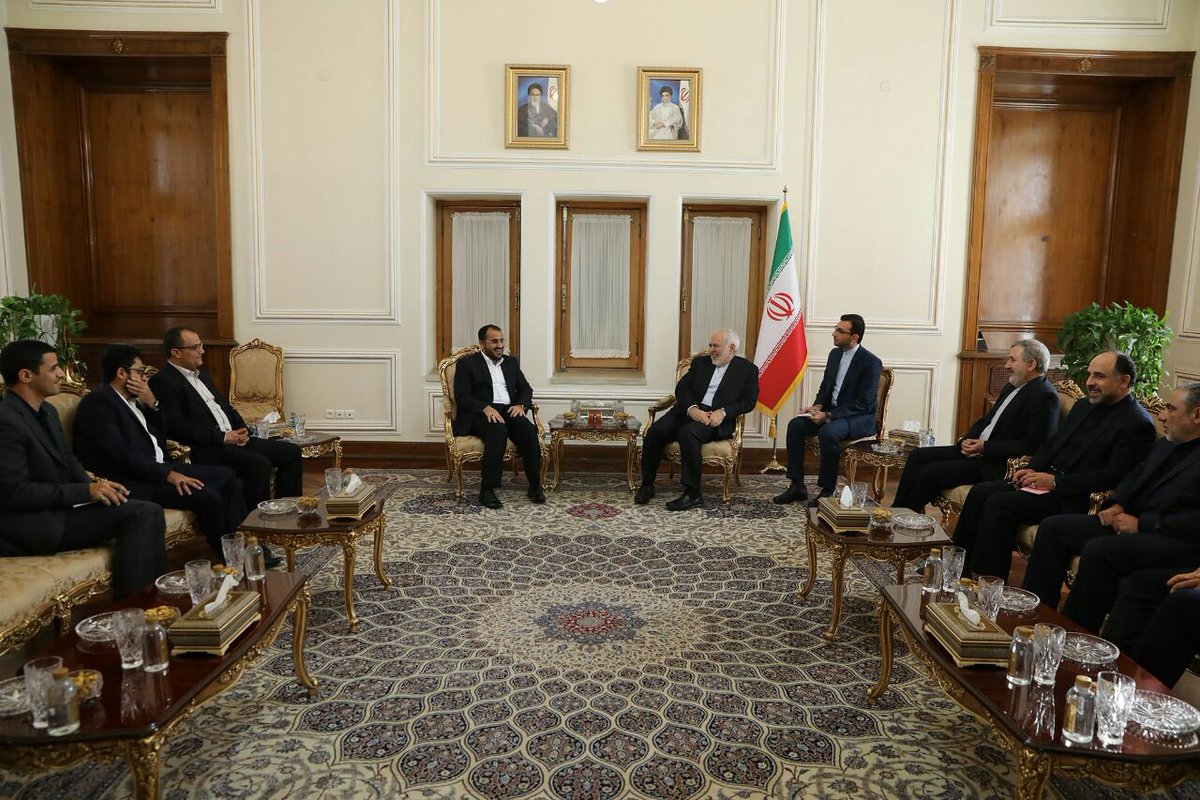 Iranian Foreign Minister Mohammad Javad Zarif said on Saturday that the political solution is the only one to end the war in Yemen, showing his country's readiness to send humanitarian aids there.

That came during the reception of the Iranian Foreign Minister, the spokesman of the Houthi group (Ansar Allah) Mohammad Abdulsalam in Tehran. In a statement, the Iranian Ministry of Foreign Affairs reported that the two sides discussed the latest developments on the Yemeni arena. While Houthi-based Yemeni news agency "SABA" mentioned that the meeting dealt with "developments on the level of negotiation and field file and possible fair and honorable means of calm that lead to stopping the aggression completely, lifting the siege and pushing for negotiations on a comprehensive political solution".

Zarif expressed "his sorrow for the harsh conditions the Yemeni people are experiencing after the 5-year war and the unjust blockade on this country", calling for putting an end to killing civilians and lifting the blockade on Yemen according to the Iranian foreign ministry statement. "The political solution is the only solution to the Yemeni crisis," he said. He confirmed that "his country is ready to send humanitarian aids to Yemen". On his part, the spokesman for the Houthis expressed what he called "the gratitude of the Yemeni nation for Iran's stand on its side, and its interest in Yemen's unity, security and stability".