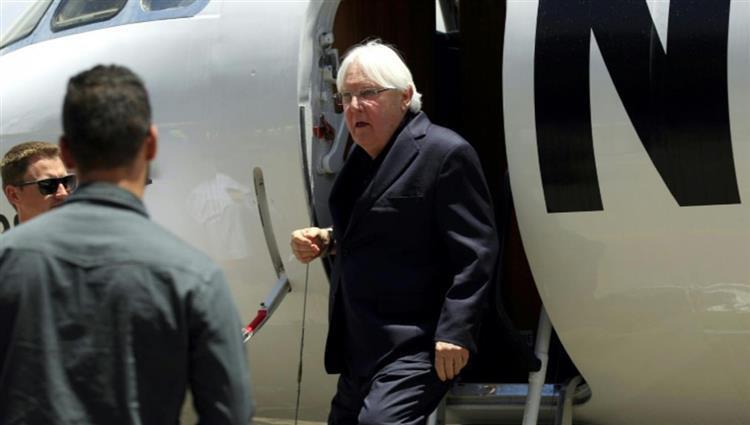 The UN especial envoy for Yemen arrived Sunday in the Yemeni Houthi-held capital of Sana'a, in his second visit during this October.

Envoy Martin Griffiths will discuss with Houthi leaders means to build confidence between Sana'a and Riyadh, to make progress in Hodeida deal and prisoner swap, to deal with the initiative of lifting the siegeimposed on Taiz city, and to return to negotiation table, said political sources in Sana'a.

On Friday, the UN envoy met in Riyadh with the Saudi deputy defense minister, Prince Khaled Bin Salman, and discussed ways to support Yemen's political process and efforts to apply the Stockholm Agreement.

On Tuesday, firsthand sources said a political-military committee had been formed between Saudi Arabia and the Houthi group to look at a military de-escalation.

The Saudi and Houthi representatives, in the committee, discuss measures to stop fighting at borders and halt coalition airstrikes on Yemen, the sources added.

Prince Khaled Bin Salman made Mahdi al-Mashat an offer to form a joint committee tasked with securing de-escalation and, then, crafting a full deal on mutual ceasefire at Saudi-Yemeni borders, the sources added.

After 8-day peace talks in Sweden, the government and rebels reached on the 13th of last December an agreement providing for ceasefire in Hodeida and redeployment of both sides' forces, exchanging prisoners and alleviating blockade imposed by Houthis on Taiz.