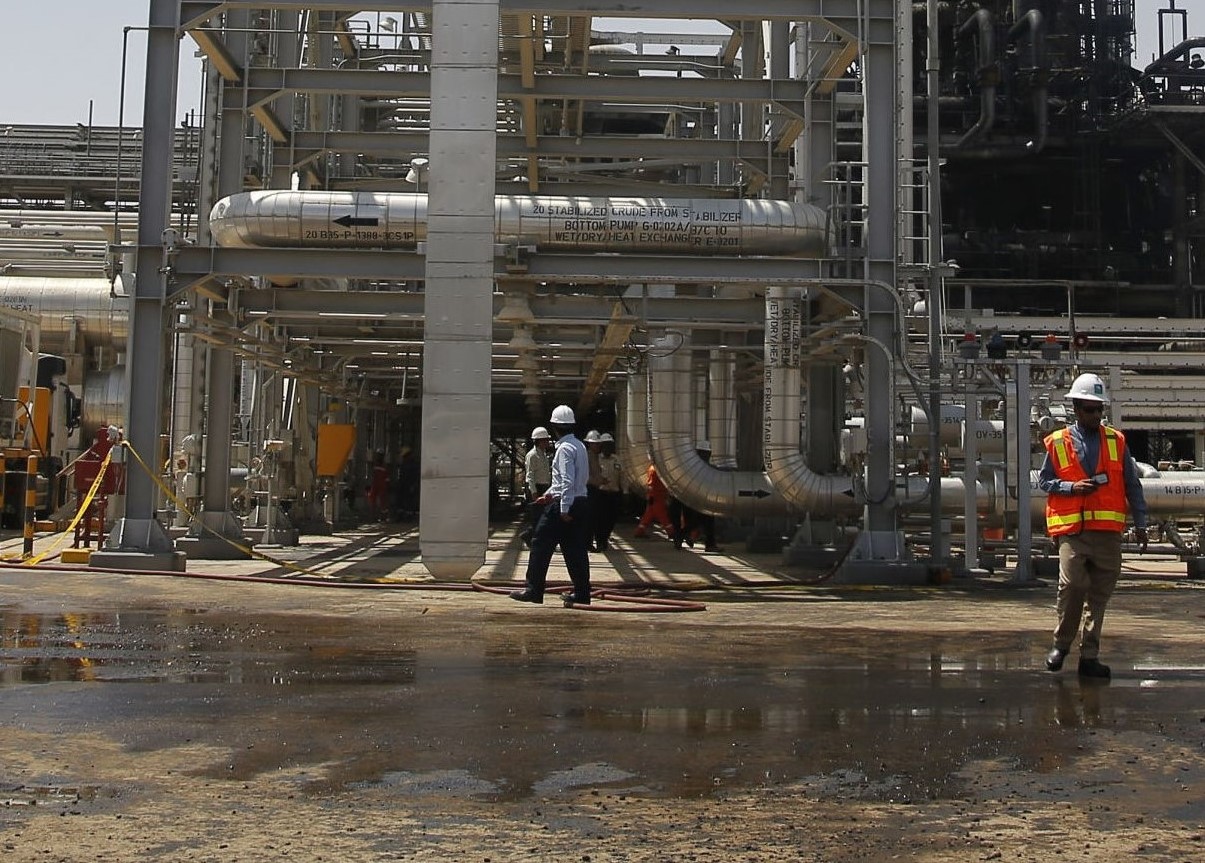 “There won’t be any significant financial impact and if there is it will be in the fourth quarter. In terms of production, we evaluate there will be an impact of around 400,000-500,000 tonnes in terms of products,” al-Benyan was quoted by Reuters as saying.

The official did not specify which products were affected, although it is known that SABIC and its subsidiaries produce petrochemicals including ethylene, benzene, acetone, methanol, polypropylene and over a dozen others, as well as fertilisers, steel, and other products, with much of this output sold to Asia.

SABIC reported its lowest quarterly profit since at least 2009 this week, with net income falling 86 percent to 830 million riyals (equivalent to about $221 million), and total sales falling 23 percent, to 33.7 billion riyals (about $8.98 billion). State-owned oil giant Saudi Aramco acquired a 70 percent majority stake in the company in March.

Al-Benyan blamed the falling sales on a “challenging environment” caused by “slower global growth coupled with additional new capacities together with a decline in oil prices,” which he said “exerted downward pressure on petrochemical prices in the third quarter of 2019”.

The company also reportedly took an impairment loss of 1.5 billion riyals ($400 million) on its recent investment in Swiss petrochemicals company Clariant,” with SABIC owning a 25 percent stake in the company; Clariant put aside plans for a joint venture with the Saudi giant in July.

Earlier this month, Saudi Aramco CEO Amin Nasser said that the company planned to restore full production capacity by November in the wake of last month’s Houthi drone attacks, with October crude output expected to reach about 9.9 million barrels per day (about 16 percent less than the company’s average pre-attack capacity of 12 million barrels per day). Nasser also insisted that the drone attacks had no impact on the company’s plan for its initial public offering (IPO) listing on the stock market, although the IPO was delayed last week.

Saudi Aramco’s Abqaiq and Khurais oil processing facilities were struck in a nighttime drone raid on  14 September, with Yemen’s Houthi militia repeatedly claiming responsibility for the attacks, and warning of further strikes unless Riyadh ended its four year-long military operation in Yemen. US and Saudi officials have blamed Iran for the strikes, with Tehran denying any involvement and accusing Washington and its allies of cooking up a policy of “maximum deceit” against Iran.

Yemen’s Houthis have launched dozens of drone and missile strikes against targets inside Saudi Arabia in recent years, targeting everything from airports and military bases to population centres.

The drone strikes prompted Riyadh’s US allies to announce the deployment of some 3,000 troops, two fighter squadrons, an Air Force expeditionary wing, two Patriot missile batteries and a THAAD system to beef up Saudi defences. The US also staged a ‘retaliatory’ attack against Iran, allegedly targeting Iran’s infrastructure with a cyber operation. Iran says it did not notice any cyberattack against its internet infrastructure.