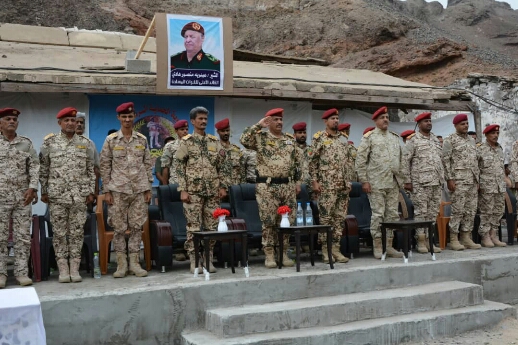 Yemeni media reported that a force tracking presidential protection arrived at dawn on Tuesday to the city of Ataq, capital of Shabwa province, southeast of Yemen.

The sources confirmed that "a force consisting of dozens of individuals with light and medium weapons loaded aboard 12 military vehicles arrived in the city of Ataq coming from the province of Marib."

The sources pointed out that these forces have been stationed in the headquarters of the axis of military Ataq.

The sources expect that the "presidential protection forces" of the Yemeni Ministry of Defense will not settle in Ataq, and that they will move to the city of Shakra in the province of Abyan in southern Yemen.

According to the sources, the Presidential Protection Forces are preparing to take over their duties in the Aden governorate, from which the Yemeni government takes the provisional capital of the country, according to arrangements approved by the recent settlement between the Yemen's internationally recognized government and the UAE-backed Transitional Council.