On back decision to prevent entry of foreigners to province

Socotra .. Executive Office calls on citizens not to be dragged behind "UAE incitement" against governor 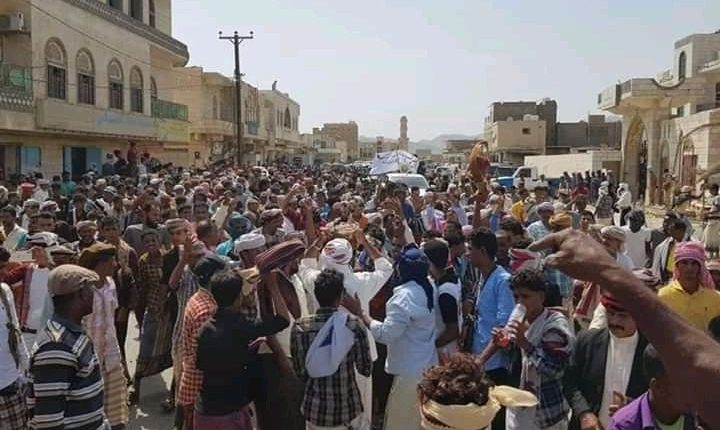 Local sources in the province of Socotra archipelago told "Debriefer" that the UAE has begun to mobilize a number of loyal figures in Socotra against the decisions of Governor Ramzi Mahrous.

The sources said  that UAE invited representatives of the Transitional Council in Socotra and supported by them to demonstrate, tomorrow Wednesday to demand the dismissal of Governor Mahrous.

Emirati moves against the governor Mahrous, came after Socotra airport prevented a number of foreigners working on an Emirati plane, as part of the crew of the Khalifa Foundation of the UAE from entering the province without "official visa."

Earlier this month, Mahrous issued directives to prevent foreigners from entering the island without legal procedures, a clear reference to Emiratis and foreigners working within their crews, which was not complied with "neither Emiratis nor their workers," according to local sources.

For his part, in response to the UAE's moves to dismiss Governor Mahrous, the executive office in the Socotra archipelago refused to "exploit some of the actors in Socotra" for humanitarian work to "violate the internationally accepted law and order."

The executive office of the province of Socotra, in a special statement, on Tuesday, called on the authorities in Socotra to abide by the law and law and coordination with the local authority, and to achieve security and stability of the province.

The Executive Office endorsed all actions, steps and decisions taken by the local authority led by the governorate Ramzi Ahmed Mahrous.

The executive office in Socotra called on "citizens not to be dragged behind some incitement calls," stressing that they "aimed at the security and stability of social peace, which leads to impede development and disrupt the public interest of Socotra."