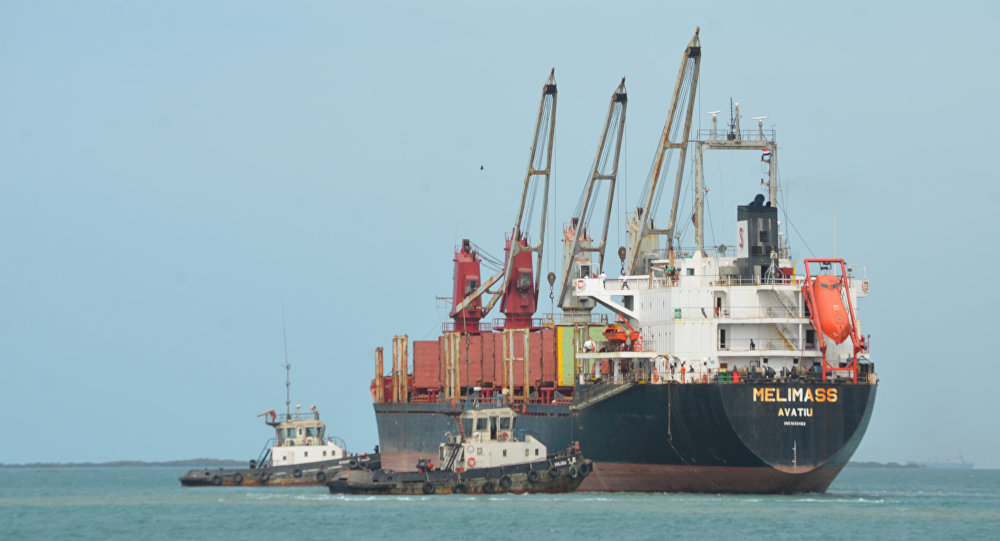 The Yemeni official government-run Economic Committee (EC) has called for UN clarifications on the fate of 9.1 billion Yemeni rials (some US$ 16.5 million) in revenues from oil tankers that docked at the Red Sea port of Hodeida over the two weeks ago.

These legal revenues of oil imports are supposed to be held in interim account monitored by the United Nations under an initiative announced by the government two weeks ago, the EC has said on Twitter. "The sum is meant to pay civil servants in Houthi-held areas."

"After about 15 days form the launch of this initiative, Yr 9,089,087,000 .. has yet to be collected, pushing us to ask for clarification from the UN two days ago," EC member said Wednesday.

The UN has told the government that they would answer next week, Dr. Faris al-Ja'adabi added in remarks to the Saudi Asharq Al-awsat.

"These sums are official fees on oil derivatives in only 15 day. If we consider the fees collected, along with profits and taxes, of all commodities throughout five years.. we would talk about 5 billion dollars in revenues that were used to finance the Houthi project and military acts .. but not to pay civil salaries and improve the humanitarian situation," he claimed.

The government official urged the UN to assume responsibility of monitoring these funds in the Hodeida Central Bank (CBY) branch and insuring that they would not be withdrawn or used away from paying the civil servants salaries.

"A clear mechanism should be discussed to pay civil salaries within two months," he added.

On 14 October, the internationally-recognized government approved permits for ten oil tankers to enter the Houthi-held Hodeida port, if the Decree 49 of 2019 is abided by.

Under the decree, owners of the shipments aboard vessels should pay in cash the tax and other legal duties into Hodeida-based CBY account allocated for civil servants salaries.

Yemen has been racked by a 4.5-year war that broke out after the Iranian-backed Houthis had ousted the government late in 2014, triggering what the UN calls the world's worst humanitarian crisis, with most of the population in need for a type of humanitarian aid and immediate protection, including 14 million people risking famine and some 1.8 million children suffering malnutrition.