Trump: We killed the first candidate to succeed "Baghdadi" 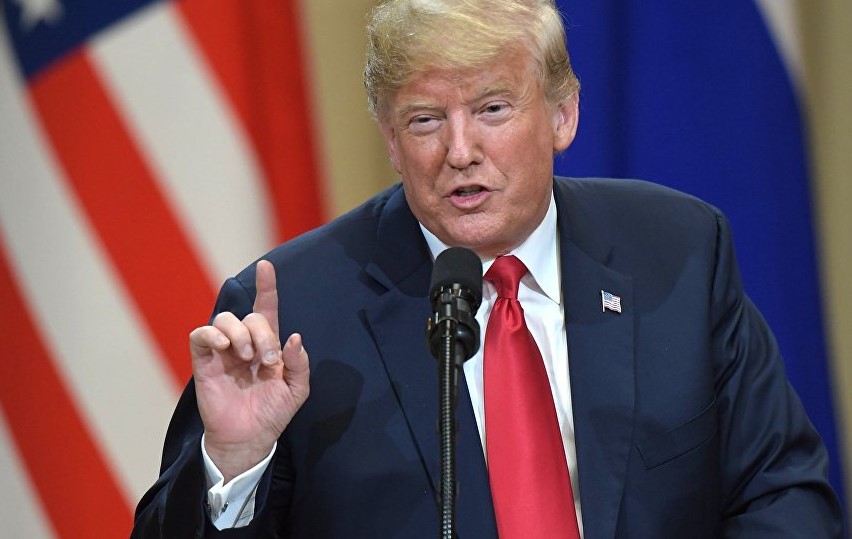 US President Donald Trump announced  on Tuesday that  the killing of the first candidate to succeed ISIL leader Abu Bakr al-Baghdadi, who was killed by US forces in a special operation on early Sunday.

Trump said on "Twitter": "I confirm that the first candidate to succeed Baghdadi was killed by US forces," but he did not specify where the operation or when".

An Official in the US Foreign  Department , who did not disclose himself, announced on Monday, the killing of ISIS spokesman Abu Hassan al-Muhajir, who was , according to many media sources , considered the successor of Baghdadi.

The official in the US foreign department said: "Al-Muhajir was killed in an operation near the city of Jarablus in the province of Aleppo, Syria, an operation that was  carried out by US special forces."

According to the Anatolia news agency, last Sunday ,the US Air Force bombed two trucks while walking near Jarablus in northern Syria.

Anatolia confirmed that "the Syrian National Army moved to the place of the trucks after hearing the sounds of the bombings coming from the bombing, where they found three bodies."

"Elements of the Syrian National Army suspected that one of the bodies belonging to Abu Hassan al-Muhajir and  one of the dead was found hiding in a secret section in one of the trucks and died burned.", Anatolia reported.