Iraqi President: The crisis will not be solved by security and the political blocs must choose a consensual alternative to Abdul-Mahdi 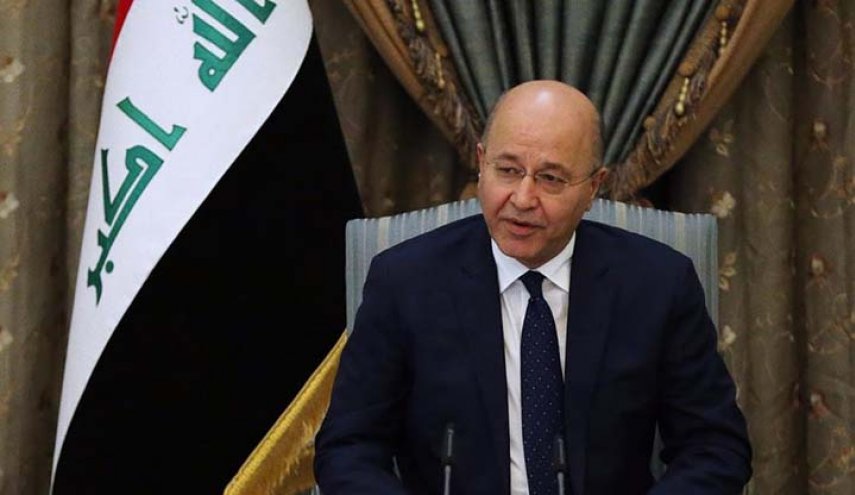 On Thursday evening, Iraqi President Barham Salih confirmed  that there was "no security solution to the crisis" , and that "repression is unacceptable".added the solution is in " making reforms and facing the criminals who have bad intentions to Iraq" .
Saleh said in a speech to the Iraqi people on Thursday: "History tells us that the voice of the people is the strongest and that the future is his ."

Saleh stressed the importance of "arms only in the hands of the state, to maintain security and avoid battles and fighting between armed groups."

The Iraqi president confirmed that Prime Minister Adel Abdul-Mahdi agreed to resign, but called on the political blocs to agree on an alternative "so constitutional vacuum is not produced ."

In light of the protests in the country since the beginning of this month, Saleh showed that what is required is to make quick actions to  prosecute those involved in the violence , as a responsibility .

Barham Saleh said: "The circumstance Iraq is facing requires an extraordinary effort from the parliament and they should be the first to address the demands of the people." Confirming  that " the Corruption files has been transferred to justice to judge them according to the applicable Laws and Regulations ".

The Iraqi president expressed hope that "joint action between the legislative and executive branches will go beyond routine frameworks and help re-bridge relations between the authorities and the people."

He pointed out that " the presidency of the republic has already started to issue a new convincing election law for the people and addresses the problems of the previous law "  , and allows for fairer and better representative elections for the interests of the people, including the right for youth to run, also protects the votes of voters and prevents attempts to manipulate and fraud , and achieves the replacement of the Commission with an independent commission.

Saleh said the introduction of the new law - which is supervised by local and international legal experts , will be during the next week, and then he will call for an early elections.

The presidency will pave the way for a national dialogue aimed to discuss structural imbalances in the system of governance and to reach a good governance under the supervision of an elite group of experts, according to the Iraqi president.