Houthi leaders meet a number of Sudanese community in Sana'a 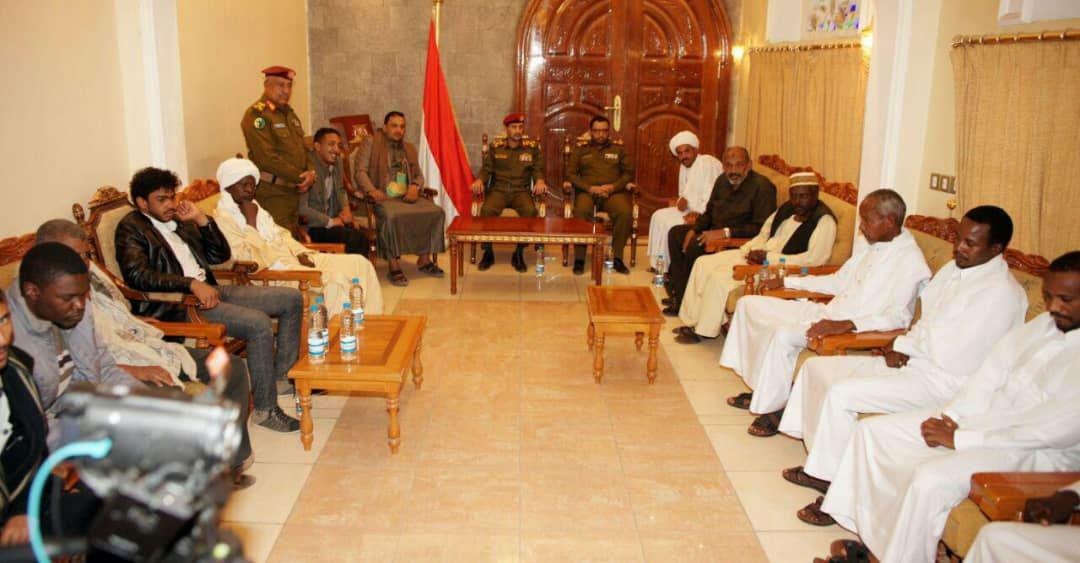 A number of leaders of the Houthi group (Ansar Allah), led by its military spokesman Yahya Saree, met on Sunday with a number of Sudanese community members and Sudanese prisoners who were captured on the fronts during their participation in the Arab coalition forces in Yemen.

According to the Yemeni news agency "Saba" reassured the Sudanese community about the fate of their prisoners, saying: "For the prisoners are our guests and receive care and attention."

He gave a message to the Sudanese people, saying: "What is the point of war on your brothers in Yemen, you have to withdraw your troops.

During the meeting Brigadier Saree pointed to the depth of relations between the two brotherly Yemeni and Sudanese peoples. "We are sending a message to the Sudanese people and the new government that what is the feasibility of war on your brothers in Yemen, you have to withdraw your forces," he said.

For their part, according to the agency "Saba", in its version in Sanaa, the representatives of the Sudanese community, who met with Yahya Saree "appealed to the new government and the Sudanese people the need to withdraw Sudanese forces from Yemen and apologize to the Yemeni people for what happened."

They noted that "the Sudanese army is governed by values ​​and customs and it is shameful to be converted into mercenary groups.