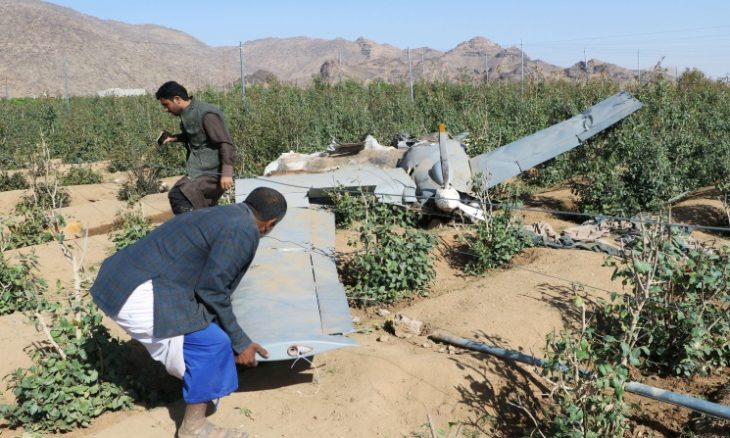 A reconnaissance drone of the Saudi-led Arab coalition was shot down in Yemen on Tuesday.

A spokesman for the Houthi forces Brigadier General Yahya Saree, said in a brief statement that the air defenses of the group forces shot down a reconnaissance aircraft in al-Sawh area off Najran.

He added that the drone was shot down with an suitable weapon.

The drone was downed while carrying out surveillance and hostilities missions inside Yemeni territory, he added

The al-Sawh area is located in the Directorate of Kuttaf, east of Saada province on the border with Saudi Arabia.