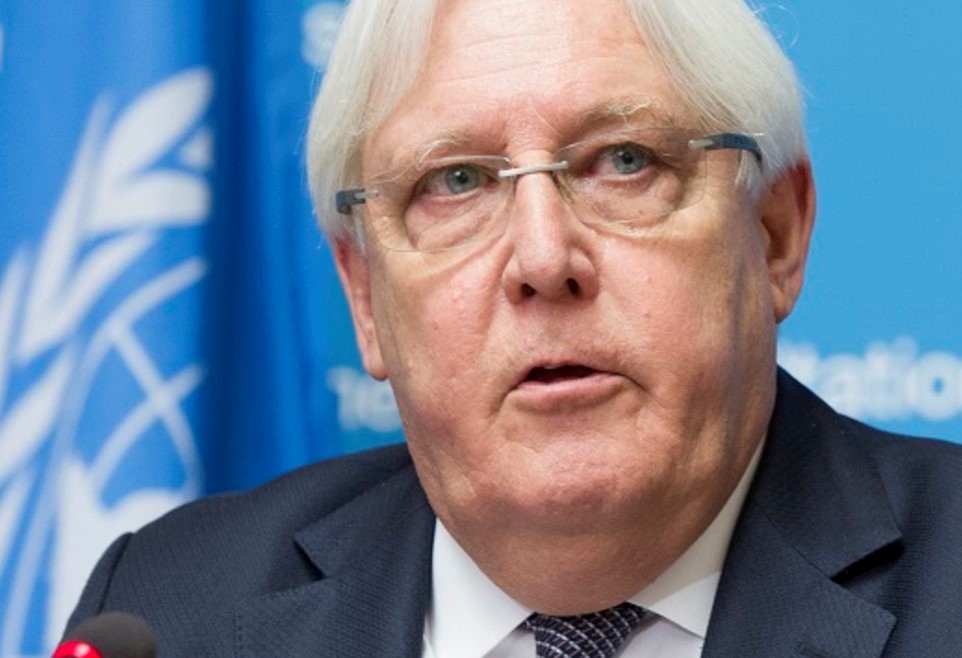 The Special Envoy of the UN Secretary-General for Yemen, Martin Griffiths congratulated on Tuesday The Yemeni "legitimate" government and the UAE-backed Southern Transitional Council  (STC) on Riyadh agreement.

Martin Griffiths said in statement: " Icongratulate the Government of Yemen and the Southern Transitional Council on reaching an agreement on the way forward".

He asserted: "The signing of this agreement is an important step for our collective efforts to advance a peaceful settlement to the conflict in Yemen. Listening to southern stakeholders is important to the political efforts to achieve peace in the country."

"I am grateful to the Kingdom of Saudi Arabia for mediating successfully this agreement and for their strenuous diplomatic efforts"., he added.

The UN envoy hoped that this agreement will strengthen stability in Aden and the surrounding governorates and improve the lives of the citizens.

The Yemeni "legitimate" government and the UAE-backed Southern Transitional Council  (STC) have just concluded the signing ceremony of the Riyadh agreement in the Saudi capital.

"This agreement will open a new period of stability in Yemen, Saudi Arabia stands with you,"

"We will continue to strive to achieve the aspirations of the Yemeni people and reach a political solution.", he added.

According to the Saudi Press Agency (SPA), Yemeni President Abdrabbo Mansour Hadi discussed with the Saudi Crown Prince, after the signing ceremony, the latest developments in Yemen.

The meeting reviewed developments in the Yemeni arena, praising what they called efforts to reach a Riyadh agreement between the Yemeni government and the transitional council, the agency reported.

SPA was content with brief details and gave no further details of the meeting.

The meeting was attended by Vice President Ali Mohsen Al-Ahmar, Prime Minister Dr. Maeen Abdulmalik and a number of senior officials of the Yemeni government.