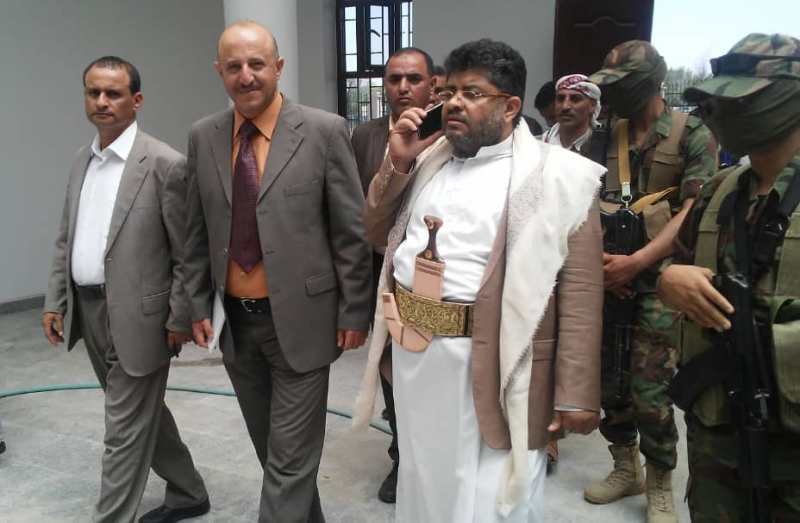 Riyadh Agreement signed Tuesday between the Yemeni internationally-recognized government and the Southern Transitional Council (STC) is not concerning the Yemeni people, but proves illegality of the aggression, the Houthi group said, signaling at the Saudi-led coalition.

"While it has nothing to do with the people, as its two parties are agents for the aggression, the pact verifies that aggression on Yemen is illegitimate," a member of the Houthi Supreme Political Council tweeted Tuesday.

"It is illegitimate to kill and besiege the people in the pretext of restoring the legitimacy," Mohamed Ali al-Houthi added. "Neither is valid the so-called terms of reference or the seventh term, which these agents are proposed to come under without a deal referring to them.

"Having thwarted the Movenpick pact that was achieved under UN umbrella before starting its aggression in the pretext of the GCC Initiative's continual validity, the coalition today confirms officially the inauthenticity" of that pretext, he said.

Saudis and Emiratis are so different that "their militias engaged in infighting. Therefore, the former started pressuring the latter into leaving Yemen .. and positioned itself in place of UAE troops," Houthi official claimed.

They then "imposed a deal with those lacking the will, and saw it an achievement to stop their war in Yemen. If it were for Yemen's interest, and not a result of the difference, the deal would have been accepted and announced without war or repositioning the forces," he added.