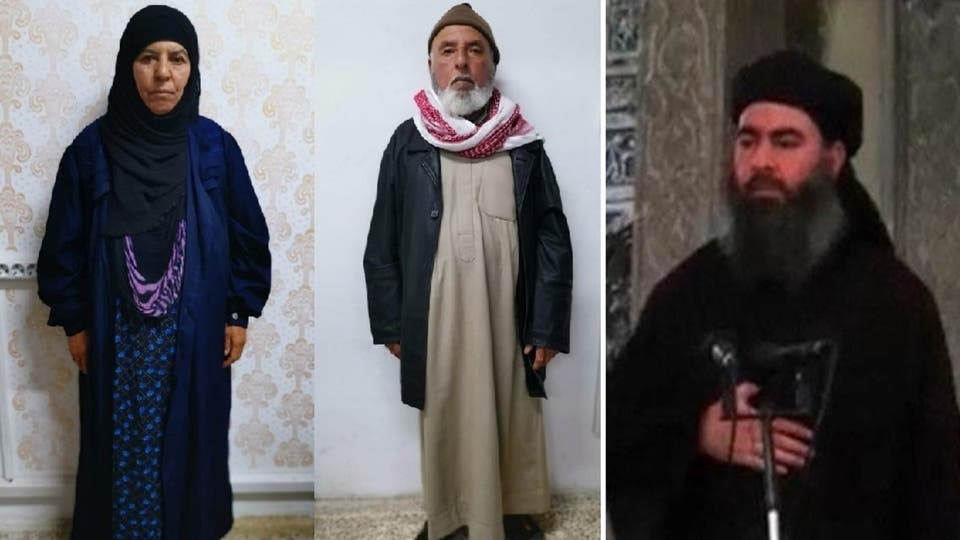 Turkey has captured the sister of the killed Islamic State group leader Abu Baker Al Belaghdadi ,in the northern Syrian town of Azaz ,on Monday.

" Turkey is interrogating her and her husband and daughter-in-law who were also detained" a senior Turkish official said to Reuters news agency.

Rasmiya Awad, 65, was detained in a raid near Azaz, on Monday , the official said, referring to a Turkish-controlled Syrian town near the border. Ms Awad was found in a trailer, where she was living with her husband, daughter-in-law and five children.

The official believe the arrest could yield valuable intelligence about ISIS. As he told Reuters news agency that the arrest of Baghdadi's older sister might help shed light on "the inner workings" of ISIS and could be an intelligence "gold mine".

Little is known about Baghdadi's sister from independent sources ,and Reuters has not yet been able to independently verify the identity of the arrested woman.

Baghdadi killed himself during a raid by US special forces on his compound in north-west Syria last month. ISIS confirmed his death in an audio tape posted online on Thursday, where they vowed reveng on the US.

Fakhruddin Alton, head of the communications director of the Turkish presidency, said the woman's capture was evidence of Turkey's determination to fight against Islamic State.

"Our strong counter-terrorism cooperation with like-minded partners can never be questioned."he added.