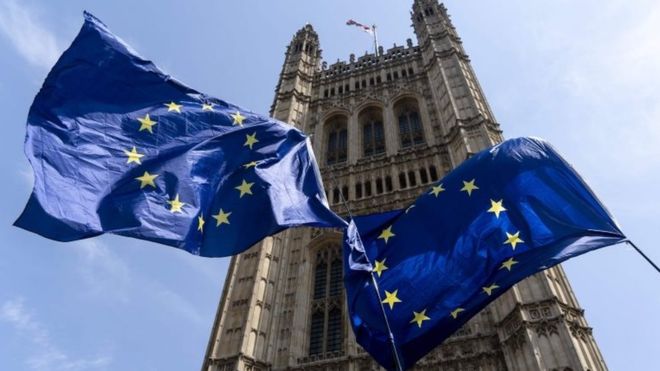 Yemen is closer to a comprehensive negotiated peace settlement to end the conflict that has made the country the world's worst humanitarian crisis, the European Union said.

A statement of the European Union obtained by the agency "Debriefer" news agency considered on that the Riyadh agreement, signed between the Yemen`s internationally recognized Government and the UAE-backed southern transitional council (STC), sponsored by Saudi Arabia, "is an important step towards reducing escalation and peace in Yemen and the region."

"Today, the country is closer to a comprehensive negotiated peace settlement to end the ongoing conflict that has made Yemen the worst humanitarian crisis in the world.", the statement read.

"The European Union encourages the signatories to take this opportunity to resume work towards a negotiated and sustainable peace under the auspices of the United Nations, and to ensure the involvement of all Yemenis in the reduction of escalation and the reconciliation process," it added.

EU affirmed his continued support for the Office of the Special Envoy of the UN Secretary General to Yemen in this field, as well as his commitment to the unity, sovereignty, independence and territorial integrity of Yemen.

The EU called on all parties (without naming them) to end the suffering of the Yemeni people.On Tuesday, the Yemeni government and the Emirati-backed STC inked the Riyadh pact, in a bid to end conflict between the two parties, following infighting that led to STC's seizure of Aden last August.