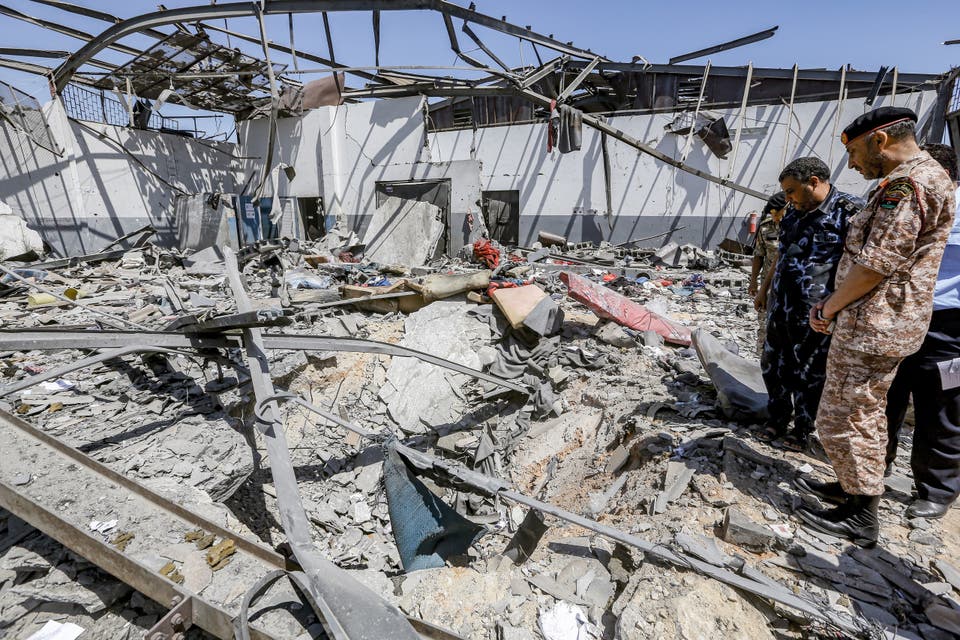 Secret investigation says that UAE was involved in bombing a migrant shelter in Libyain last July.

A UN report issued by the Libyan sanctions committee of the UN Security Council indicates a warplane belonged to a foreign country launched a missile attack on a migrant detention center in Libya last July .

BBC said it had seen the UN report, which took months trying to establish who was behind the attack.The report did not address any country by name,as it says evidence is still being gathered . But an informed source told the BBC that the investigation focused on the UAE

The attack, which targeted a migrant detention center in the suburb of Tajoura east of the Libyan capital Tripoli last July, killed 53 migrants and wounded more than 130 others.

Reports said the majority of those killed in Tajoura were African migrants who were planning to emigrate to Europe from Libya.

It is considered the deadliest attack since the military campaign launched by retired Libyan brigade Khalifa Hifter against the internationally recognized Libyan government of reconciliation in Tripoli.

The government of national reconciliation said the attack was carried out by a UAE warplane.

The United Arab Emirates is the only country with which United Nations investigators have communicated, due its  connection with the air bases from which the aircraft believed to have been used in the attack took off.