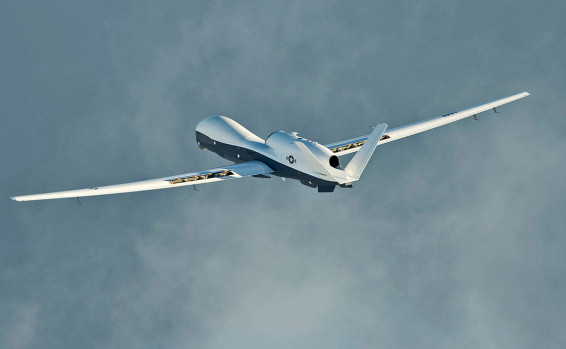 State news agency IRNA reported, quoting an Iranian official  as saying on Friday that Iranian forces shot down a foreign drone over the port city of Mahshahr in its southern Khuzestan province.

“The downed drone definitely belonged to a foreign country. Its wreckage has been recovered and is being investigated,” Khuzestan Governor Gholamreza Shariati, said, according to IRNA.

Iranian media earlier reported that the army had shot down a drone over Mahshahr, without providing further details.

The official and Iranian news outlets did not say which country it came from or whether it was a military or civilian drone.

The U.S. Central Command said no U.S. drone had been shot down and all had been accounted for.

“Alleged reports of a U.S. drone being shot down are incorrect. If a UAS had gone down in the CENTCOM AOR it was not a #DoD asset,” Central Command said in a statement.

Iran’s arch-foe Israel declined to comment on the incident.

The semi-official Mehr news agency aired footage it said showed the missile attack that downed “the aggressor drone”. The short video showed a missile being launched from the ground followed by an explosion in the sky.

“It was a firm reaction to an aggressor foreign drone ... before reaching sensitive sites of the country,” IRNA quoted Alireza Sabahifard, commander of Iran Air Defence Force of Army.

In June, Iran shot down an unmanned U.S. surveillance drone, which the Revolutionary Guards said was flying over southern Iran. Washington said the U.S. drone had been shot down by Iran in international airspace over the Strait of Hormuz in the Gulf.

Relations between Iran and the United States have worsened since last year when President Donald Trump pulled out of Tehran’s 2015 nuclear deal with world powers and reimposed sanctions on the country.

Israel says it has carried out hundreds of air strikes in neighboring Syria, some of them against Iranian targets, to prevent Tehran from establishing a presence there.