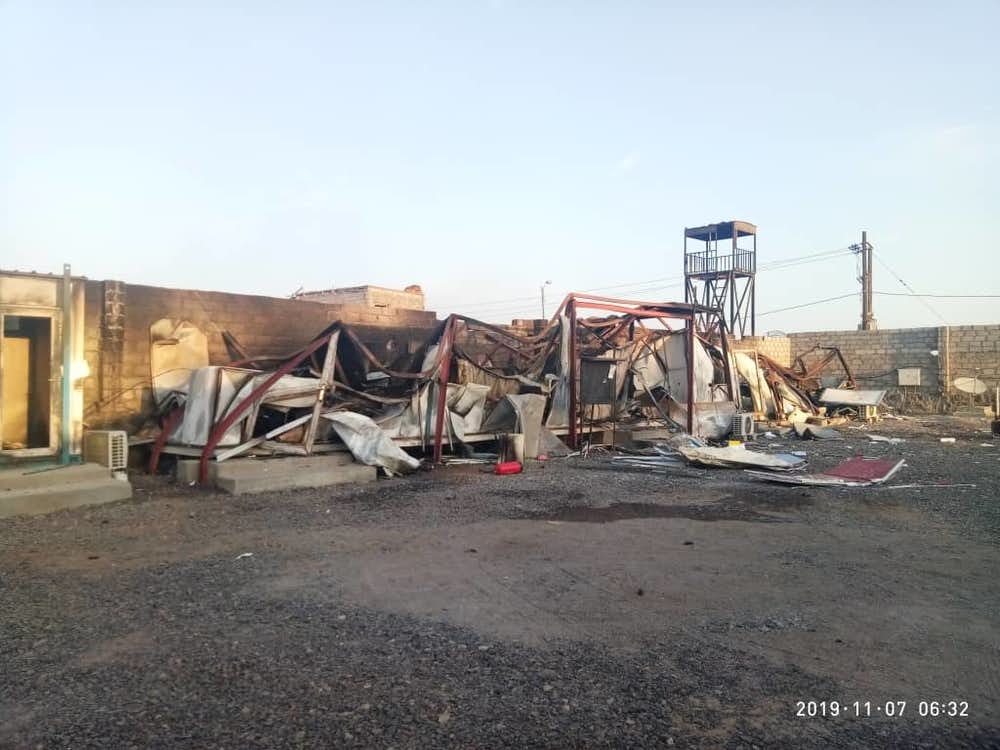 The United Nations has confirmed a indicate that a key hospital serving hundreds of thousands of Yemenis has been badly damaged by strikes which occurred on 6 November in Al Mukha, in Taiz Governorate on the western coast of Yemen.

Hundreds of thousands of people along the western coast who need emergency assistance, including hundreds who need life-saving surgeries each month, won’t get the help they need because of these strikes.” “This is shocking and completely unacceptable.”, said Lise Grande.

"This is shocking and totally unacceptable," she said, stressing that "medical facilities are protected under international humanitarian law."

The target hospital is the only facility providing emergency medical, obstetric and surgical care to half a million people along the west coast.

Mukha is located 180 km south of Hodeida and is surrounded by contact lines from the north and east.

The MSF announced on Thursday, the suspension of work in a hospital run by the port city of al-Mukha southwest of Yemen, after suffering damage.

"A hospital run by MSF in Mukha in southwest Yemen was partly destroyed on Wednesday evening when an air strike targeted buildings surrounding it, including a military depot," the organization said in a statement on Twitter.

"At the time of the incident, 30 patients and 35 workers were in the hospital. Fortunately, none of them were injured and were evacuated quickly from the building," it said.

"Most of the patients were able to get out of the area on their own, while MSF teams moved patients who were in critical condition to another hospital in the brain, including two newborn infants," she said.

The internationally recognized Yemeni government has accused the Houthi group (Ansar Allah) of launching rocket and drones attacks on military logistics warehouses in the city of Mokha on Wednesday evening, killing six civilians and wounding six others.

The Houthis had no comment on the attack as of this writing.

The Houthis have been firing drones and ballistic missiles towards the positions of the Yemeni army on several fronts, while the army declares to confront some of these aircraft and destroy them.The ongoing war for the fifth year has worsened the situation in Yemen, where most of the population is in need of humanitarian assistance.