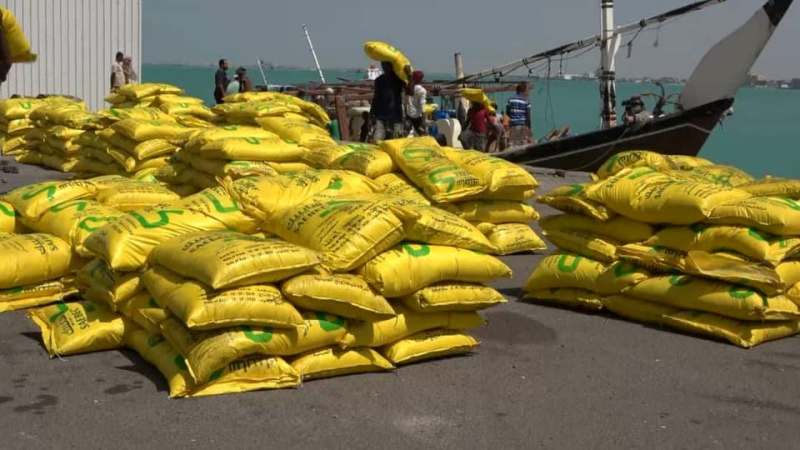 The Yemen`s  internationally recognized government`s coastguard forces said on Friday that it  thwarted an attempt to smuggle explosives by  a "quality" military operation in the Red Sea in western Yemen.

A statement by a military source in the joint resistance forces loyal to the Yemeni "legitimate" government said that the Coast Guard forces thwarted the introduction of a fertilizer shipment, containing 46% urea, on its way to the Houthis (Ansar Allah(.

"This type of fertilizer enters the mine and explosives industry.", the statement read, pouting out that the seized shipment amounted to 2000 bags equivalent to 100 tons, and was taken to the port of Mokha, which is under the control of the Arab coalition.

The military source explained that the smuggling operation was carried out using a Mediterranean naval vessel, led by Yemeni sailors, who raised the flag of an African country.

The source said that the  operation revealed multiple smuggling networks used by the Houthis to smuggle weapons, explosives and other prohibitions.