Foreign Ministry announces resumption of its work in Aden 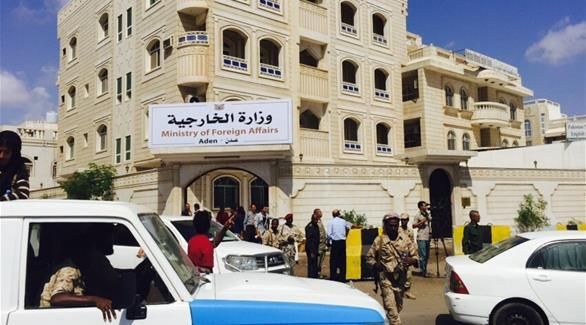 Yemen's foreign ministry announced on Saturday that it had resumed operations in the southern province of Aden, starting Sunday, three months after it suspended its work in the city, following the takeover of the UAE-backed Southern Transitional Council in August.

The Aden- based Yemeni news agency "Saba" quoted a statement by the Foreign Ministry that the resumption of its work in Aden follows the directives of Yemeni President Abdrabbo Mansour Hadi on the immediate implementation of the "Riyadh Agreement" between the government and the transitional council.

Yemen's internationally recognized deputy prime minister, Salem al-Khanbashi, said on Saturday that the government will return to the interim capital, Aden, in the next few days," according to the terms of the Riyadh agreement between the legitimate government and the UAE-backed transitional council, which was signed last Tuesday in the Saudi capital of Riyadh.

Al-Khanbashi said in a statement to the Saudi newspaper "Al-Madina": "The government that will return to Aden is made up of a ministerial team whose ministries are linked to the services of the people during this period," he said, without specifying the names of ministers who would return with the prime minister.