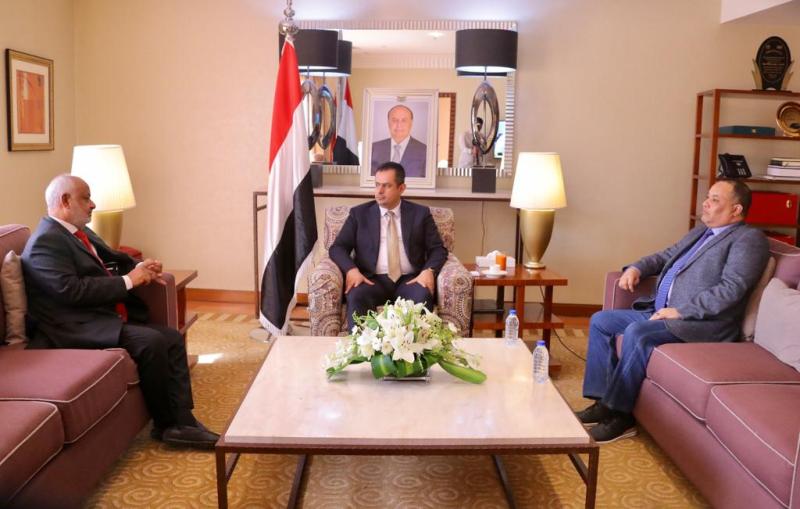 The Houthi persistent military escalation and repeated violations of the UN-brokered truce in Hodeida despite the deployed monitoring points indicate their unwillingness to make peace, the Yemeni internationally-recognized prime minister said Saturday.

The Houthi group defies the local and international will to end suffering caused by its coup in 2014, PM Maeen Abdulmalek added at meeting with Hodeida Governor Hassan al-Tahir.

While it is determined to make peace, the "Yemeni government, with support from the coalition, won't hesitate over protecting the citizens from oppression and violations committed by the militias in obedience to their supporters in Tehran," the Riyadh-based Saba quoted PM as saying.

Targeting the MSF-sponsored hospital in Mocha and previous attacks on humanitarian missions are war crimes that should not be overlooked by the international community, Abdulmalek said.

On Saturday, the UN warned against resumption of military clashes between the government and the rebels.

In few last days, the warring parties in Hodeida mobilized their forces and erected new fortifications in conflict to ceasefire deals, head of the Redeployment Coordination Committee (RCC), General Guha said in a statement published by the UN.

He called both sides to stop any acts in contrast to Stockholm Agreement.

The recent launch of five checkpoints at frontlines in Hodeida has contributed to significant reduction in violence, the RCC head said.