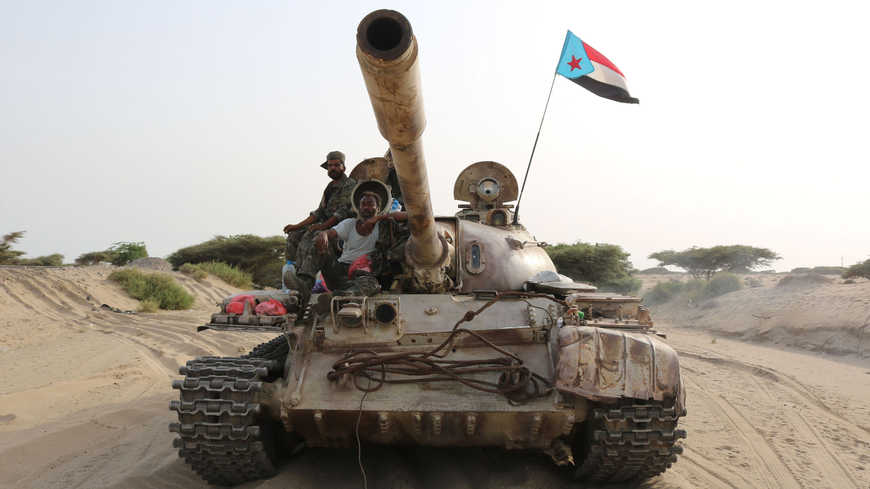 The United Arab Emirates seeks to increase its influence in Yemen, despite withdrawal from the southern city of Aden, al-Monitor website has said, as Abu Dhabi "still supports militias elsewhere in the south, as it seeks to gain influence in the country."

"The United Arab Emirates once again claimed it was withdrawing from Yemen on Oct. 30, pulling its troops from Aden prior to a peace deal signed on Nov. 5, to unify the government of President Abd Rabbu Mansour Hadi and the Emirati-backed Southern Transitional Council (STC). Yet this represents a pragmatic PR move, considering Abu Dhabi still supports militias elsewhere in the south, as it seeks to gain influence in the country," it added.

The handover of Aden to the Saudi and Yemeni forces was carried out responsibly and in accordance with a systematic military strategy and was completed successfully, the UAE Armed Forces Command said in a statement, which would indicate a full drawdown.

"Though Abu Dhabi claimed to defeat enemy forces in Aden early in the war, Emirati-backed militias retained a presence after capturing the city. This was until the recent unification deal in October 2019, which demanded the scaling down of their presence there.

"Fighting had originally erupted between separatists and government forces following the STC's coup in Aden in August, which quickly spread to other southern regions.

"The unification deal, loosely aimed to incorporate the STC and Hadi's government into one government, would require that the UAE withdraw its military forces and secessionist militias to facilitate the agreement.

"The UAE has staged withdrawals in the past, but it has not upheld them. Most recently, on June 28, it announced the withdrawal of its forces from the south. While analysts speculated that this meant a full withdrawal of Emirati war efforts in the south, Abu Dhabi continued to support southern militias.

"In fact, it carried out airstrikes against Yemeni government forces in August, weeks after the STC launched a coup on Aden, following Hadi's forces' recapturing of the city.

"Furthermore, it still backs separatist forces operating across the south to deal with 'terrorist threats,' according to the Armed Forces Command statement.

"Significantly, using such a counterterrorism guise has given Abu Dhabi the opportunity to expand its own presence in the south throughout the war, with its militias eventually seizing Aden. Furthermore, Abu Dhabi had used counterterrorist rhetoric when carrying out airstrikes in Aden against government forces.

"Not only does this show that the UAE still has not pulled back its support for southern forces, it uses such anti-terrorist narratives to justify its presence.

Al-Araby al-Jadeed's report also reveals that the presence of UAE-backed militias has caused significant economic and infrastructural damage to the regions it has controlled for more than four years of the war.

"On Socotra Island, the UAE has once again increased its militia presence, according to local sources. UAE-backed militias imposed a siege Oct. 30 on the residence of the governor of Socotra, Ramzi Mahroos, sparking demonstrations against the UAE presence from hundreds of civilians there."

"The UAE has tried to occupy Socotra throughout the war. In May 2018, it significantly proliferated its militia presence, triggering condemnation from Yemeni officials and local elites, and has tried to secure its presence since. Its latest actions suggest it has not halted its ambitions to control the island, which would help expand its global trade routes.

"As with past claims of withdrawal, the UAE is staging a drawdown from one key part of the country while imposing its will elsewhere. Ultimately, Abu Dhabi uses the cover of withdrawal to hide its efforts to control other southern locations.

"It indicates that the UAE is not abiding by the terms of the deal. While it is contending with Saudi Arabia’s influence, it still seeks to maximize its influence over the south.

"Such ongoing support for separatist militias could disrupt the recent peace deal, particularly as the UAE-backed STC has indicated it will not accept the long-term presence of Hadi's forces. Especially as Saudi Arabia simultaneously seeks to empower Hadi. Furthermore, the separatist faction sees the deal as a chance to secure its control over the south.

"Amid speculation that there was a growing rift in the Saudi-Emirati alliance, the two Gulf states not only compromised on their divisions in Yemen to preserve their relations, they signed a military cooperation partnership in early October.

"It seems the UAE is temporarily withdrawing from Aden to preserve its alliance with Riyadh. It handed the city over to Saudi troops, which initially arrived on Oct. 14. Furthermore, as analysts argued that the June 28 withdrawal was a means to appear pro-peace, Abu Dhabi is once again trying to preserve a positive international image after increased awareness of its diverging support for secessionist forces.

"Moreover, while the UAE covertly imposes its will in south Yemen, it will continue to undermine Hadi's government. This has been its aim throughout the war; especially after Hadi removed the Dubai Ports World’s access to the strategic port of Aden in 2012, canceling a deal signed under pre-Arab Spring President Ali Abdullah Saleh.

An International Crisis Group commentary states that the deal is loosely worded and has vague terms. Neither side has shown full commitment to its clauses, the report states, especially amid clashes in Abyan, showing that the agreement is fragile.

"Therefore, while claiming to support the deal, the UAE's ongoing military presence could be a significant factor in provoking its collapse," the website concluded.