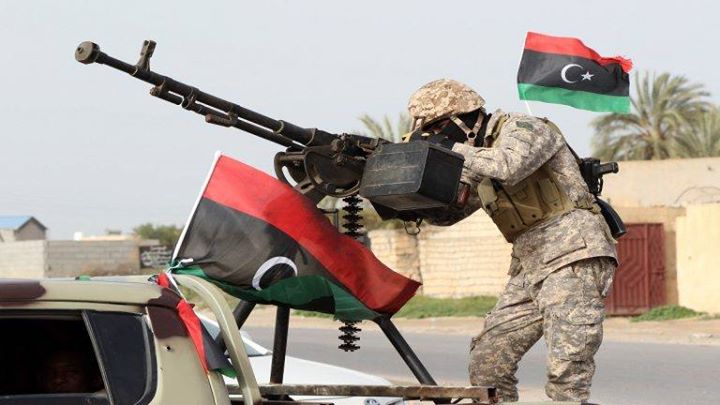 Al Jazeera said they obtained a draft copy of a report of the Panel of Experts of the International Sanctions Committee on Libya ,the United Nations' report reveals that member states - the United Arab Emirates, Sudan, Turkey and Jordan - have violated the arms embargo imposed on Libya.

Sudan and Lieutenant General Mohamed Hamdan Hemeti did not abide by UN sanctions to ban military support to the parties involved in the Libyan conflict, noting that 1,000 Sudanese Rapid Support Forces were sent to eastern Libya in July.

Many sources quoted saying that the Sudanese Rapid Support Forces were later stationed in al-Jufra, an area in southern Libya.

The UN report pointed out that the dispatch of the mentioned forcees to Libya came after the signing of a contract between the Sudanese Transitional Military Council and a Canadian public relations company, which was aimed to to get Sudan a financial support from Haftar.

UAE violated the ban by providing retired Major General Khalifa Hifter with an advanced air defense system installed at the Jafra base and near the city of Gharyan.The report said

The report also stated that the UAE violated the arms embargo by providing Major General Khalifa Haftar with an advanced air defence system that was installed at the al-Jufra base and near the city of Gharyan.

Abu Dhabi had supplied Haftar with drones carrying smart bombs and guided missiles. It also provided him with a warship that was modified with guns and other offensive equipment. According to the report.

The report underscores accusations in May by UN envoy to Libya Ghassan Salame, who said "planes, armored vehicles, pickup trucks equipped with heavy machine guns, recoilless rifles, mortars and rockets were recently transferred to Libya with the complicity and apparent support of foreign governments".

According to the German news agency, the UN report said , a fighter jet from a foreign country took part in the attack on the migrants detention center in Tajura, near Tripoli, in July.

While UN experts do not blame anyone for the attack that killed about 50 migrants, they point to possible links between the attack aircraft and UAE and Egypt.

On the other hand, diplomats told the same agency that the strike was carried out "with Haftar's active support ."

According to French news agency, the experts who prepared the report expressed dissatisfaction over the intensification of "proxy conflict" in this country.

"The UAE, Jordan and Turkey provided weapons periodically and sometimes blatantly with little effort to conceal the source," the experts said in a summary attached to their study.

On the other hand, diplomats said Jordan is accused of training Haftar forces, and the UAE, another supporter of the retired General, is believed to have used bombers to support his forces.

Turkey, which declares its support for the internationally-recognised Government of National Accord (GNA), provided military equipment to its forces, from armoured vehicles to unmanned aerial vehicles, according to the same report.

Meanwhile, Al-Jazeera correspondent at the United Nations in New York, Bisan Abu Kwaik, said that the report, prepared by the sanctions team, is very important.

She pointed out that its importance lies in documenting a number of practices that occur on the ground specifically the question of violation of the Penal Code.

Al-Jazeera correspondent said that the report will be released in mid-December.

The important point of the report - according to Al Jazeera correspondent in Tripoli Younis Ait Yassin - that Haftar attack on Tripoli on April 4 was aimed to obstruct the political process despite the long path taken by a number of parties to reach the Skhirat agreement and the formation of the government of reconciliation.

It is noteworthy that Haftar's forces have been waging an eight-month armed campaign on Tripoli under the pretext of ending "militia rule" but have been unable to penetrate the capital's walls.

The clashes have killed about 1,100 people, including dozens of civilians, and wounded about 6,000 others. The number of displaced people exceeded 120,000, according to UN agencies.