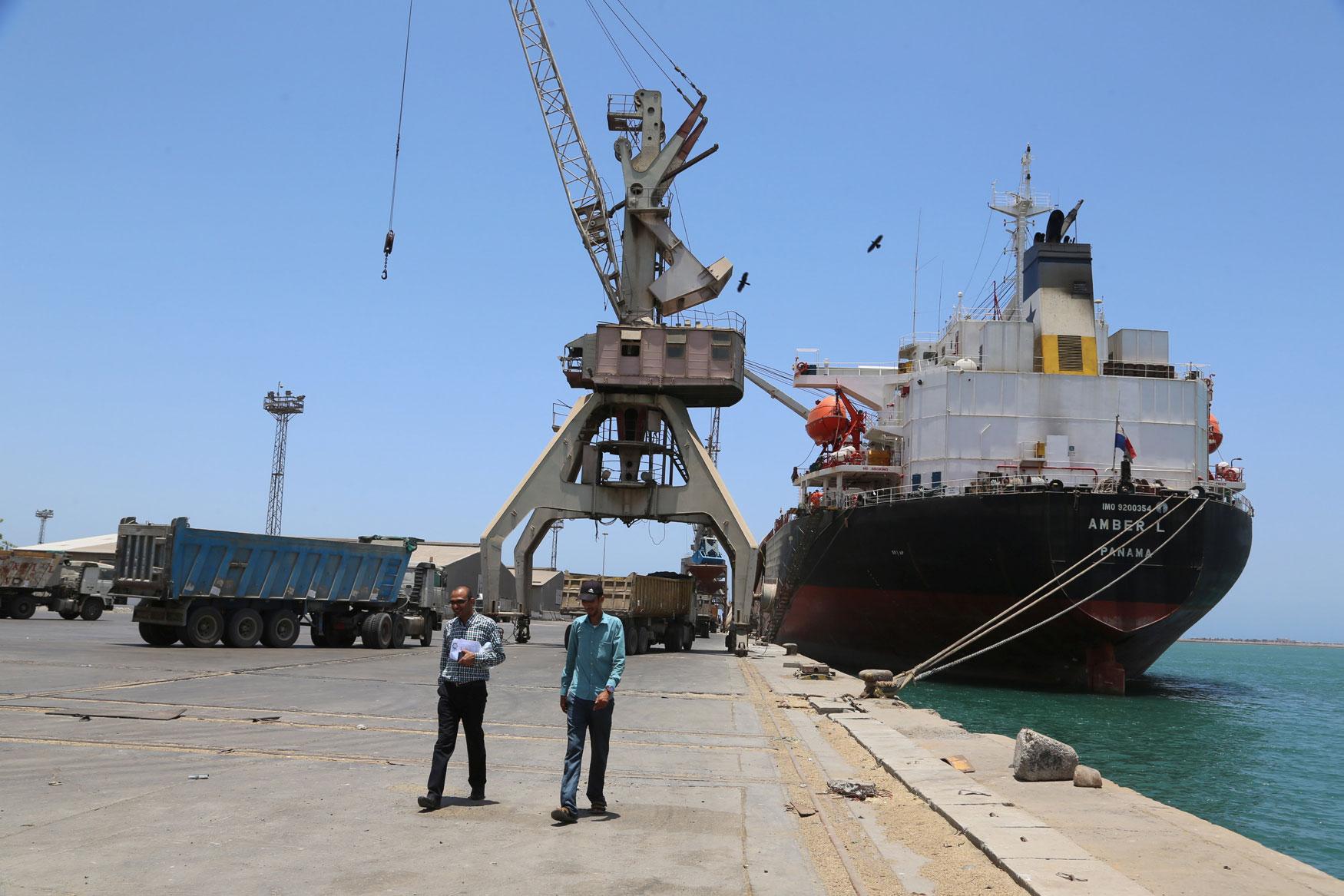 The Houthi group  ( Ansar Allah) criticized on Saturday the United Nations for the continued delay in the entry of oil derivatives ships to the port of Hodeida in western Yemen, which is under the control of the group.

A spokesman for the Yemeni Petroleum Company in Sana'a, Amin al- Shobati, said in a statement  that the ship "Palomar", carrying 4,828 tons of diesel belonging to the United Nations, arrived in the port of Hodeida on Saturday, while oil ships belonging to the Yemeni people are still being held by the Arab Coalition at sea.

He added that the coalition has been holding more than 35 days for eight ships carrying 53,321 tons of gasoline and 145,327 tons of diesel.

He considered the arrival of a UN ship affirms that the United Nations does not care about the rights of the Yemeni citizen as it claims, but is interested in the introduction of its ships and the provision of petroleum to its staff.

The Houthis (Ansar Allah) have repeatedly accused the coalition and the Yemen`s internationally recognized  government of deliberately detaining dozens of ships carrying oil derivatives "and preventing them from entering the port of Hodeida in order to tighten the screws on citizens and increase their suffering despite the urgent need for petroleum products."

On the other hand, the economic committee of the internationally recognized Yemeni government held the Houthis responsible for stopping oil derivatives ships off Hodeida port and delaying entry and unloading procedures.

The committee said in a brief statement on 24 October that the Houthis are " responsible for the stay of eight fuel tankers parked in front of the port of Hodeida so far, by preventing traders from submitting documents and requests for government permission from the Technical Office of the Economic Commission.."

The commission accused the Houthis of "using terrorism, threat of imprisonment, confiscation of funds and stopping commercial activity of merchants complying with government decisions."

It considered that these practices, "a step translates her insistence on strengthening the activity of the black market that it runs to finance its activities, and to multiply the suffering of citizens."