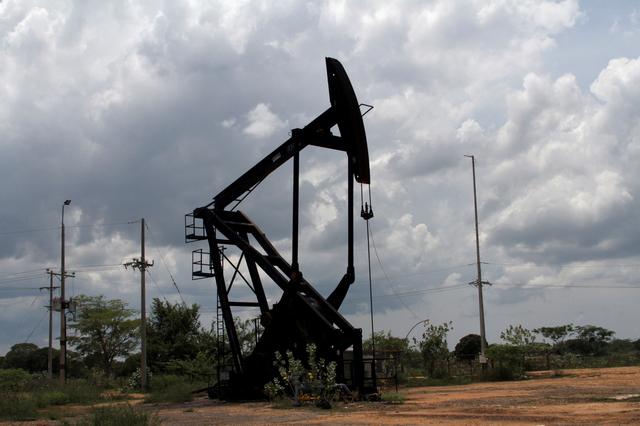 Oil prices steadied on Monday after industry data showed a drop in stocks at the Cushing, Oklahoma, but trade concerns weighed after US President Donald Trump appeared to downplay reports of an imminent lifting of tariffs on China.

Prices found some support after data showed that crude inventories at Cushing, the delivery point for WTI, fell about 1.2 million barrels in the week to Nov. 8, traders said, citing market intelligence firm Genscape.

“There were no real compelling stories to drive us over the weekend, and all of a sudden we have one piece of hard data that suggests that maybe oil supplies will fall this week,” said Phil Flynn, an analyst at Price Futures Group in Chicago.

Cushing inventories have grown for five weeks in a row, according to government data, up till its latest report in the week ending Nov. 1. But analysts expected that to switch after the closure on Oct. 30 of the 590,000-bpd Keystone Pipeline, an important artery for Canadian heavy crude imports to the U.S Midwest, following an oil spill.

However, TC Energy Corp said on Sunday that the pipeline has returned to service, operating at reduced pressure with a gradual increase of volumes.

Investors were still worried about fallout from the 16-month U.S.-China trade war, which has slowed economic growth around the world and prompted analysts to lower forecasts for oil demand, raising concerns that a supply glut could develop in 2020.

“We expect the sideward trading to continue for the time being, with the trade conflict headlines likely to dictate the direction,” Commerzbank said in a note.

Trump said on Saturday that trade talks with China were moving along “very nicely” but the United States would only make a deal if it was the right one for America.

Trump also said there had been incorrect reporting about U.S. willingness to lift tariffs as part of a “phase one” agreement, news of which had boosted markets.

Underlining the impact of the trade war, data over the weekend showed that China’s producer prices fell the most in more than three years in October.

Auto sales in China fell for a 16th consecutive month in October, data showed on Monday.

The Organization of the Petroleum Exporting Countries and its allies, a group known as OPEC+, will probably extend a deal to limit crude supply but are unlikely to deepen their cuts, Oman’s energy minister said, as the United Arab Emirates said it was not worried about long-term growth in oil demand.

OPEC+, which has since January cut output by 1.2 million barrels per day under a deal set to last until March 2020, will next meet in early December.