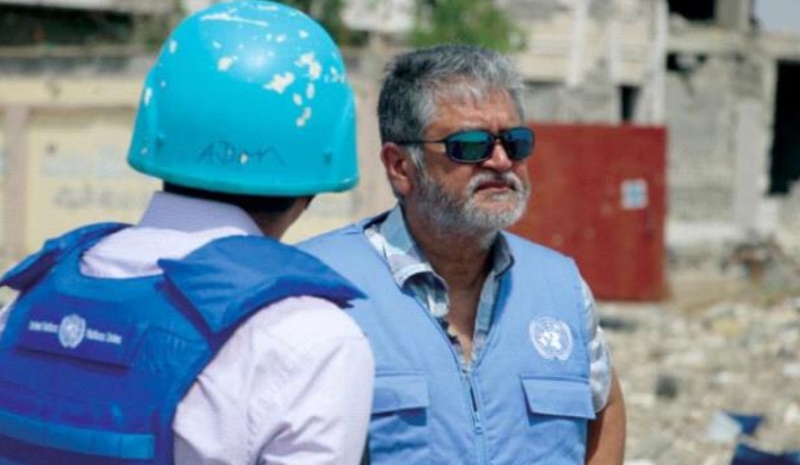 The United Nations latest statement on fortifications in the Red Sea city of Hodeida is incorrect, a military spokesman for the official government said Monday.

The UN statement is "false, misleading the international community, and includes flagrant deceptions."

On Saturday, the RCC chair said warring parties in Hodeida mobilized their forces and erected new fortifications in the few past days, in conflict to ceasefire deals.

Gen. Guha called both sides to stop any acts in contrast to Stockholm Agreement.

But Dobaish called the UN official to visit and prove the new erections "allegedly made by the government forces."

The UN team needs to go to the field and "issue a new statement, otherwise the government will have a different opinion."

The Houthis have "erected more than 19 new tunnels, fortifications and trenches, which were documented and informed to the UN official, but he has not lifted a finger."

The UN has recently established five checkpoints at frontlines in Hodeida to monitor ceasefire in the strategic port city.