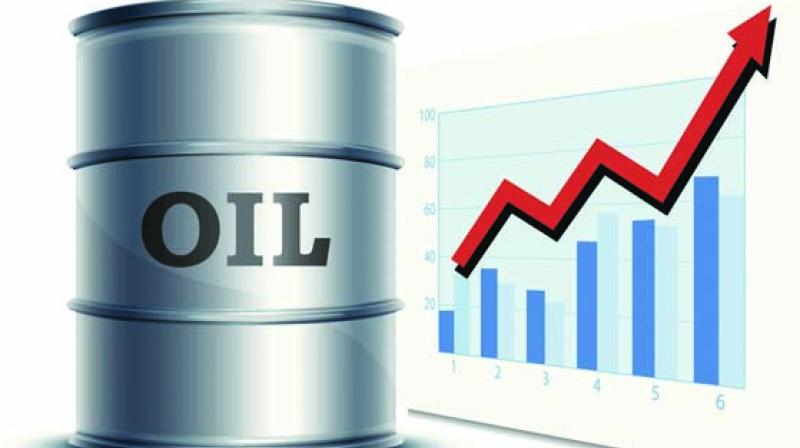 Reuters news agency reported that oil prices rose on Thursday after industry data showed a surprise drop in US crude inventories, while comments from OPEC about lower-than-expected US shale production in 2020 also provided some support.

Prices were capped by mixed signs for oil demand in China, the world’s biggest crude importer. Industrial output rose more slowly than expected in October, but oil refinery throughput hit the second-highest level on record, according to Reuters.

The secretary-general of the Organization of the Petroleum Exporting Countries, Mohammad Barkindo, said on Wednesday that there would likely be downward revisions of supply going into 2020, especially from US shale.

Barkindo said it was too early to say whether further output cuts would be needed.

OPEC on Thursday pointed to a smaller surplus in the oil market next year although it still expects demand for its crude to drop as rivals pump more.

The drop in demand could press the case for the exporter group and partners like Russia to maintain supply curbs at a meeting on Dec. 5-6.

“The countdown to the meeting of the OPEC Countries has started, and the question of whether the group and its allies will further cut supplies is top of mind,” said Norbert Rucker, head of economics at Swiss bank Julius Baer.

“Current market conditions are testing the petro-nations’ patience and cohesion ... Any major change in policy would come as a surprise”.

The American Petroleum Institute reported on Wednesday an unexpected drop in U.S. crude stockpiles by 541,000 barrels in the week to Nov. 8, against analysts’ expectations of an increase of 1.6 million barrels. Gasoline and distillate inventories increased, the API data showed.

Official weekly data from the Energy Information Administration is due at 1600 GMT on Thursday. Both reports were delayed a day for the U.S. Veterans Day holiday on Monday.

Tamas Varga of oil broker PVM said the data helped jolt prices, which had been stagnant in recent days.

“The oil market has been suffering from fatigue in the last week or so. The major symptom is lack of direction that can be caused by shortage of developments. It ... usually reacts well to adrenalin shots”.