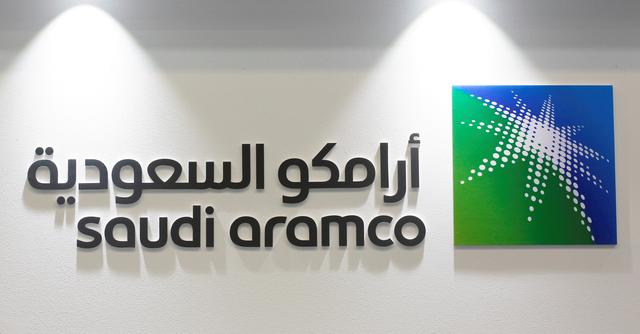 Reuters news agency reported according to three sources involved in the process that the army of banks working on Saudi Aramco’s listing will earn combined fees of $90 million or less, after the oil giant scaled back a deal initially viewed as a golden opportunity for high finance.

The fee pool for the flotation of the world’s most profitable company contrasts with other blockbuster listings in recent years. China’s Alibaba for example, paid out an estimated $300 million for its 2014 listing in New York.

The 25 banks hired by Aramco as bookrunners for its domestic initial public offering (IPO) have seen their projected payouts dwindle despite spending years working on the much-delayed marquee listing.

Saudi Arabia originally put the state company’s value at $2 trillion, but this was revised down to a maximum of $1.7 trillion. Aramco decided on Sunday that it would offer only 1.5% of the company - below the expected 2%.

It also canceled marketing events in developed markets like the United States and Britain, turning its back on most international investment.

The banks will be paid 35 basis points of the money raised, according to the three sources. This would be around $90 million if the company prices at the top of its range, raising $25.6 billion - still making it the biggest IPO in history.

Aramco did not immediately respond to a request for comment.

If bankers had met certain milestones, including helping the company achieve a $2 trillion valuation and sell 2% of the company - now impossible feats - banks would have been entitled to be paid 50 basis points, the three sources said.

That meant fees could have been in excess of $200 million.

The fee pool is below that paid out by retail titan Alibaba to 35 banks working on its 2014 deal, which raised $25 billion. Facebook FB.N, meanwhile, paid out an estimated $176 million to 30 banks for its 2012 IPO, which raised $16 billion.

While Aramco was always anticipated to pay a less lucrative rate, the sheer volume of shares on sale and expectation there would be sizeable participation by international investors meant banks would have expected a far higher return.

Some of the international junior bookrunners could walk away with very little as share sales to non-Saudi investors will be limited.

One of three sources said that Aramco on Sunday gave banks a 76-hour deadline to confirm whether they would stay on the deal.

Some banks are still trying to secure investment from Western funds, a fourth source said, adding it was unlikely that Aramco would ditch any banks at this advanced stage unless they asked to drop out.

One consolation could be that the listing will at least help their standing in equity capital market league tables.

Investment banks have competed fiercely for mandates from Aramco ever since Crown Prince Mohammed bin Salman in 2016 announced a plan to sell a 5% stake, including in an overseas listing, as a cornerstone of an ambitious drive to diversify the economy of the world’s largest oil exporter.

Aramco said it postponed a listing in 2018 to acquire 70% of petrochemicals giant Saudi Basic Industries, a move seen as a bid to boost the firm’s valuation.

Preparations were revived this summer after the firm attracted huge interest in its first international bond sale, seen as a pre-IPO relationship-building exercise with investors, and the company began mandating the large number of banks.

Bankers had anticipated spending much of this week globetrotting with Aramco management round meetings with investors – a presentation had been scheduled for Wednesday at London’s Savoy Hotel and on Thursday at the St Regis in New York according to invitations seen by Reuters.

But all marketing events outside the Middle East region were canceled on Saturday.

“Almost all of the book will be domestic, although some QFIs may come,” a fifth source said, referring to Qualified Foreign Investors allowed to invest in Saudi securities.

However foreign funds do not tend to value Saudi companies as highly as local investors, partly because they are wary of regional risks, the source said.

Saudi banks such as National Commercial Bank, SAMBA and Al Rajhi (1120.SE) will cash in on selling the bulk of shares to locals and providing them with financing.