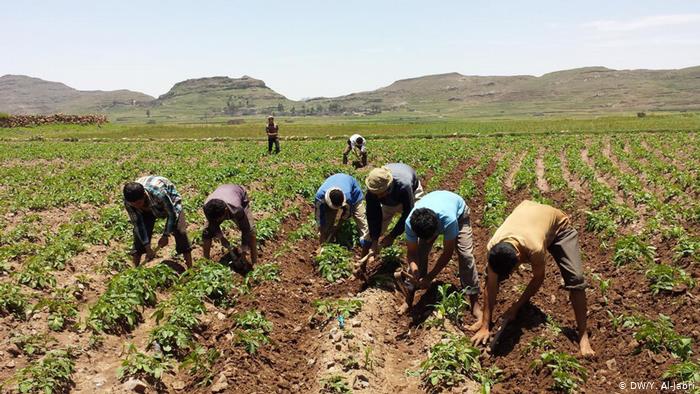 The Yemeni agricultural sector losses have exceeded 20 billion US dollars as at 2018, the Houthi group in Sana'a said Tuesday, as a result of the 4.5-year war.

"Agriculture is the Yemen's vital sector, making up 70 percent of the country's economy," the rebel-run al-Masyra TV quoted Houthi undersecretary of agriculture as saying. "So, it is deliberately targeted" by the Saudi-led coalition operations in support of legitimacy in Yemen.

While the "agricultural sector has lost great resources .. the community has strongly proved itself to increase production," Majid Hashim al-Mutawakil added.

The war has triggered what the UN calls the world's worst humanitarian crisis, with most of the population in need for a type of humanitarian aid and immediate protection, including 14 million people risking famine and some 1.8 million children suffering malnutrition.