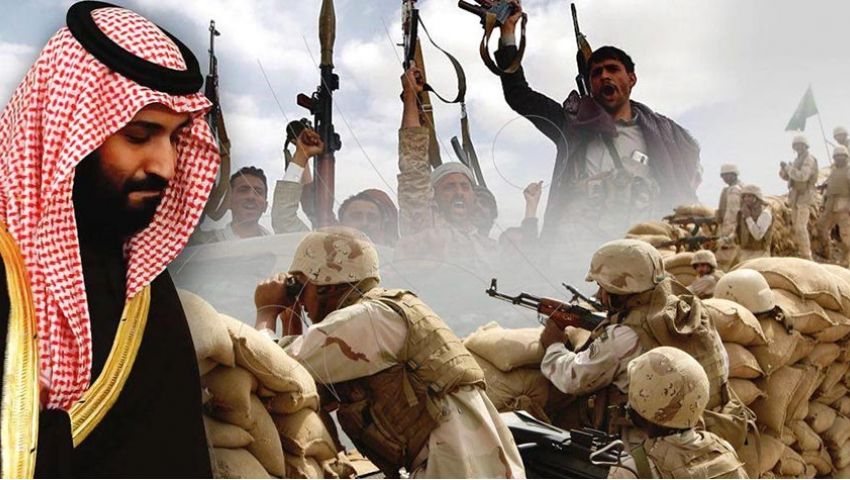 The Anadolu Agency (AA) has considered movements by Saudi officials and Houthis in the last weeks as efforts to end the 4.5-year war in Yemen.

According to the AA, the visit came as part of efforts to Yemen's war and Saudi-Houthi rapprochement, under Omani mediation.

The trip coincided with reports on Saudi talks with Houthis, a mutual open channel that started in 2016, and potentially disengaging the rebels from Iran, an AA article recalled.

The Saudi prince's visit aimed at looking for political solutions through direct talks with the group, the AA quoted Yemeni writer as saying.

The Kingdom wants to close the Yemeni dossier, based on consultations and recommendations from their western allies, he urged.

"Direct dialogue with Houthis comes in this context. According to Saudi allies' advices, Houthis can be separated from Iran, a step paving way for a Saudi-Houthi deal that would end the Yemeni issue and secure Saudi borders," Hilal said.

For a Yemeni political analyst, Saudi Arabia needs not to visit Muscat to meet with Houthis, amid reports that Houthi negotiators are already in the Kingdom, without a mediator.

"If Omani officials who paid a visit to Saudi Arabia, it could be said as part of efforts for settlement. With it in the other direction, this possibility is ruled out," Dr. Omar Radman added.

Meetings have been previously held with Houthis in the Saudi southern city of Khamis Mushait, with their nature not disclosed, although deduced to be for stooping the war, he said.

KSA is under multiple pressures to end the war, but any conciliation at the cost of its commitments to reinstating the legitimacy and enabling the government to restore the State and end the Houthi coup would lead the Kingdom to a more inclusive war it could not control, Radman added.

The Houthi links with Iran are based on faith, ideology and project, and the rebels can only abandon Tehran or separate from its policies to achieve provisional goals, in terms of political toqia [precaution], he said.

Head of the Yemenis Center for Studies, however, says the visit was for the Yemeni issue, with which Prince Khaled is now tasked, since the man was accompanied by his chief of staff and Saudi envoy for Yemen.

"There is a conciliation in the Yemeni dossier, and Oman – the GCC member state – is sought to be in the picture," Dr. Faisal Ali added.

But, "do the Gulf states think collectively to share Yemen's legacy, amid weak warring parties who have left no way for mutual conciliation despite their proxy infighting?" he asked.

"Mahara was included in the undeclared visit's agenda along with the Saudi-Omani dispute over the [second largest] Yemeni governorate bordering the Sultanate," he claimed.

The Saudi officials' visit has everything to do with Yemen, a fourth Yemeni writer said, citing the fact that "Muscat serves as semi-permanent residence for some Houthi and Southern Transitional Council (STC) leaders, and as the mail carrier between Iran and its enemies."

Oman has been "annoyed by the Saudi-Emirati presence in the south of Yemen, Mahara in particular. It supports the Mahara mobilization opposing this existence. Therefore, the visit (after the Riyadh Agreement was inked) aimed partially to assure the Omanis," Mohamed al-Homaidi added.

Dr. Faisal recalled the Saudi support for the Yemen-based Shiite sect early in the last century, but division signs occurred after the Houthi coup went far away from Riyadh, heading for Tehran instead.

There is every evidence in Yemen that Saudi Arabia would "enable Houthis to take power and get rid of President Hadi and his national army, particularly after he had arranged the situation in the south under the Riyadh Agreement," he added.

For Homaidi, the Saudi-Houthi contact has not stopped throughout the war, though in different levels, and there is a general trend either to stop escalation or to end the war.

He thinks the Yemeni file is connected with regional and international affecting files, including the US presidential elections, as Trump "seeks foreign files to use in his propaganda before 2020 elections. The Yemeni file, as a whole, is controlled by the American before the GCC, not to mention the Yemeni."

Homaidi hopes that solutions in Yemen will not be crafted in a way not leading to sustainable peace, but deferring the war, with Houthis using "every peace deal as a station for a graver war."

On 5 November, the Saudi-brokered Riyadh Agreement was inked by the Yemeni government and the Emirati-backed STC.

The Saudi-Houthi visits have come after the deal that would be reportedly expanded to include Houthis and lead to inclusive political solution for a war blamed for what the UN calls the world's worst humanitarian crisis.

The power-sharing deal provides for the government to return to Aden within one week, with the STC given portfolios and its unofficial armed units integrated in defense and interior ministries.

The Kingdom of Saudi Arabia is seriously willing to close the Yemeni file, the AA report concluded, though it is too early to talk about ending the war. To obtain indicators for final opinion, results of the Saudi-Houthi dialogue, and then those of a Yemeni-Houthi dialogue, need to be awaited for.