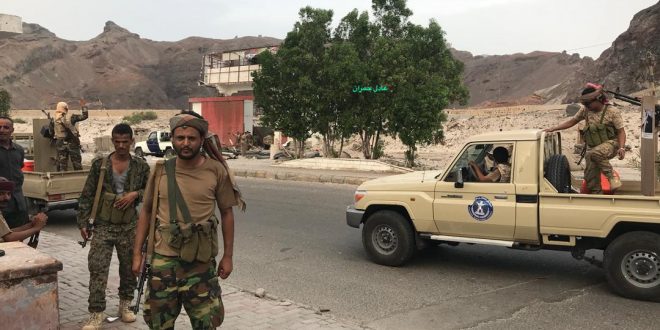 The Yemeni presidential guard 3rd brigade camp in Louder district of the southeastern governorate of Abyan has been massively looted, media sources said Wednesday, after armed clashes between soldiers inside the site.

Personnel of the brigade, led by Loie al-Zamiki, have engaged with each other using light and medium arms following internal disputes, leading to massive lootings of armed pickups and other vehicles and ammunitions, according to military sources.

This is the second time the presidential guard camp sees infighting, after similar clashes last month.

While no casualties have been reported in Wednesday incident, the previous clashes left 3 soldiers injured.

A large force of the presidential guard third brigade is stationed along with special security units in Mont Akd that had previously served as seat for the Security Belt.

The smashes come two days after the Yemen internationally-recognized government arrived in Aden in implementation of the Riyadh Agreement.