Arab coalition denies that Houthis shot down one of its warplanes 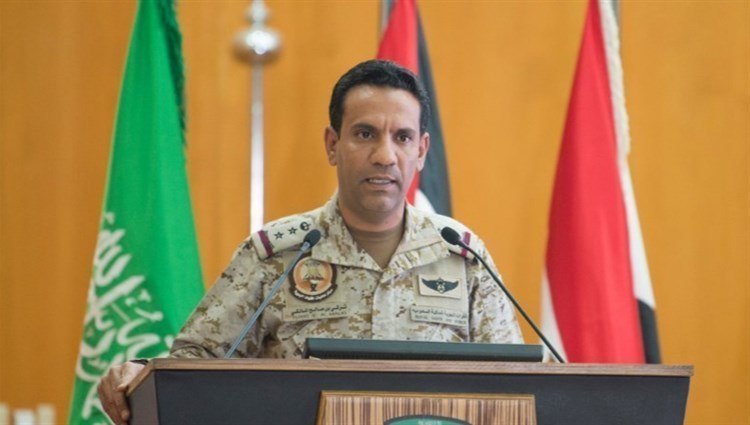 Colonel Turki al-Maliki, spokesman for the Arab coalition forces, which supports the internationally recognized Yemeni government, denied that the Houthis (Ansar Allah) had shot down a coalition warplane in the Jizan axis.

Maliki said, late on Wednesday evening that there is no truth to what the Iranian-backed Houthi terrorist militia claims to have shot down an F-15 fighter jet belonging to the coalition air force, according to the SPA news agency.

The Houthis (Ansar Allah) said on Wednesday that they intercepted a Saudi-led coalition F15 warplane nearby the border with the kingdom.

The group's military spokesman, Yahya Saree, said on Twitter: "The air defenses were able to intercept an F15 aircraft belonging to the countries of aggression in Saada governorate, the axis of Jizan, after confronting it with a surface-to-air missile (Thaqeb) and forcing it to leave."