IAEA calls on Iran to clear up origin of uranium traces 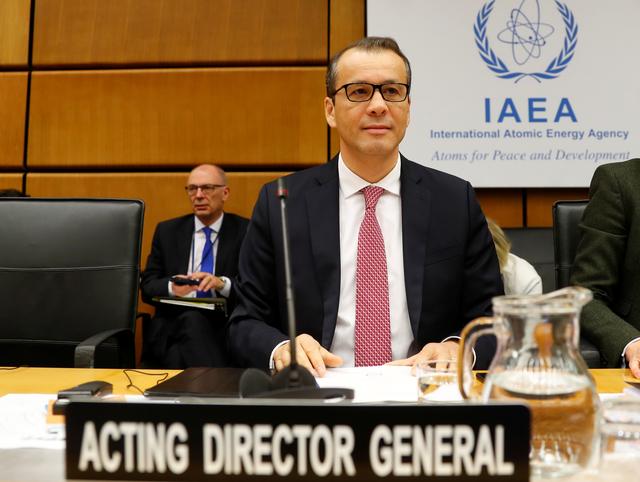 Reuters news agency reported on Thusday that IAEA and Iran will discuss the discovery of uranium traces at an undeclared site in Tehran next week, the agency’s acting chief said on Thursday, adding that Iran had not provided any more information about the origin of the particles.

In September Reuters reported that the International Atomic Energy Agency found the uranium traces at the site that Israeli Prime Minister Benjamin Netanyahu drew attention to in a speech last year, calling it a “secret atomic warehouse”. Tehran has said the site is a carpet-cleaning facility.

Having long declined to comment on the specifics, two weeks ago the IAEA confirmed to member states that environmental samples taken at the site had shown traces of natural uranium that was processed by human activity but had not been enriched.

“We have continued our interactions with Iran since then, but have not received any additional information and the matter remains unresolved,” IAEA acting chief Cornel Feruta told a quarterly meeting of his agency’s 35-nation Board of Governors.

Feruta told Iran in September that “time is of the essence” in clearing up the origin of the traces. The IAEA has found that the explanations given by Iran so far have not held water.

“A meeting between the Agency and Iran is scheduled next week in Tehran to discuss it further,” Feruta said. “It is essential that Iran works with the Agency to resolve this matter promptly.”

The United States, which like Israel opposes Iran’s nuclear deal with major powers, has said the case “can only be seen as an indication of possible undeclared nuclear material in Iran”.

The ambassador to the IAEA of Tehran’s ally Russia has described it as “aspects of nuclear activities in Iran about 20-30 years ago”, adding that the issue “doesn’t constitute any proliferation concern”.

The United States’ intelligence agencies and the IAEA believe Iran had a nuclear weapons programme that it ended long ago. The 2015 deal involved drawing a line under that past, though Tehran still denies ever having pursued nuclear weapons.

Feruta, who took over as acting IAEA chief after the death in office of  Director General Yukiya Amano, will be succeeded on Dec. 3 by Argentina’s Rafael Grossi, who was elected as head of the agency.