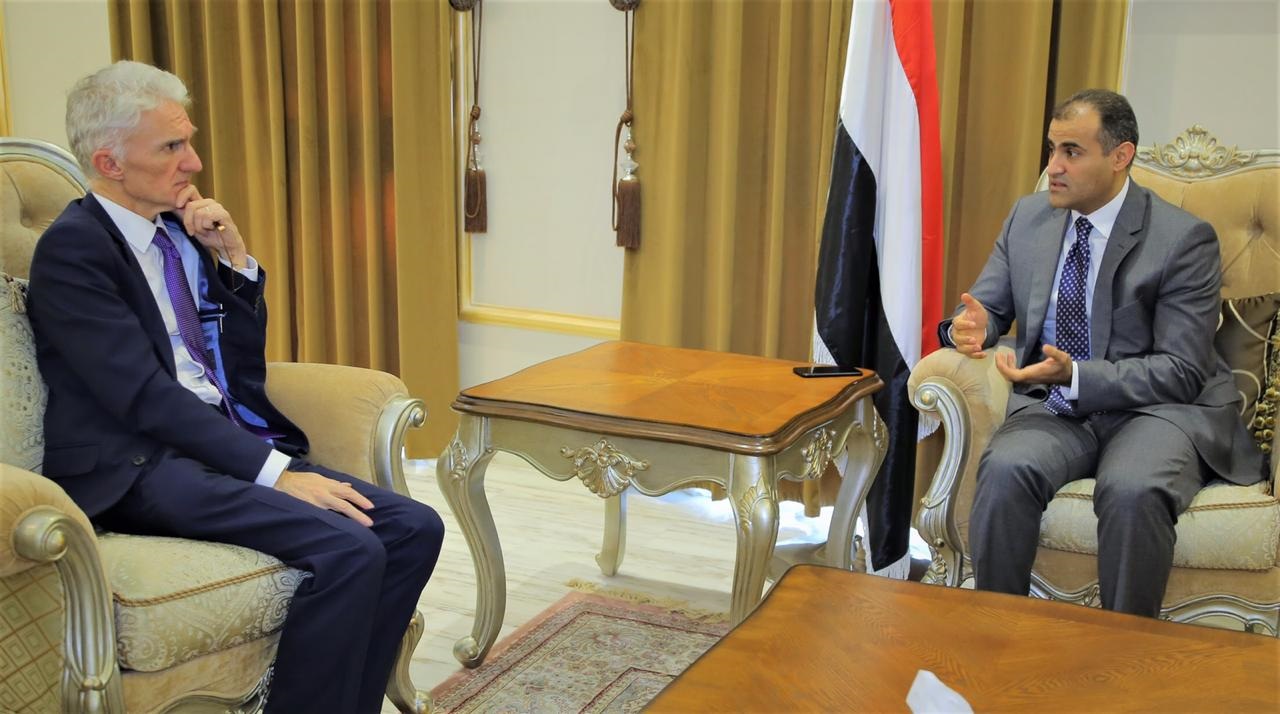 Yemen's internationally recognized foreign minister, Mohammed al-Hadrami, called on the United Nations on Wednesday to put more pressure on the Houthis to respond to continuing warnings to avoid a serious environmental disaster in the Red Sea.

This came during a meeting in the Saudi capital Riyadh with UN Under-Secretary-General for Humanitarian Affairs and Emergency Relief Coordinator, Mark Lowcock.

Al-Hadhrami again accused the Houthis of refusing the arrival of a technical team from the United Nations to evaluate and maintain the floating oil tank "Safir" off the coast of Hodeidah in the west of the country, holding them legal and moral responsibility for the resulting environmental disaster, according to the Aden-based Yemeni news agency "Saba".

In September, the Ministry of Oil and Minerals in the "legitimate" government said that "the explosion of the floating tank is imminent in light of the bad and deteriorating situation of the ship, which portends an environmental disaster will be the largest in history."

The ministry said in a statement at the time, the Houthis act "a blatant and explicit challenge to the United Nations and the international community, and continue to follow the path of reneging on its agreements and commitments to allow the entry of the UN team that arrived in Djibouti before it retreated and prevented entry."

The Yemeni-owned Safir reservoir is a tanker containing some 1 million barrels of oil - now under Houthi control - that used to receive the production of 5 oil companies in preparation for exportation.

Separately, coalition spokesman claimed that Houthi rebels had tried to attack the Yemeni parliament while holding its first session in Seyoun last March.

Coalition downed Houthi drones and missiles over Saudi territories, he said adding that the group has fired 226 ballistic missiles on the Kingdom since 2015.