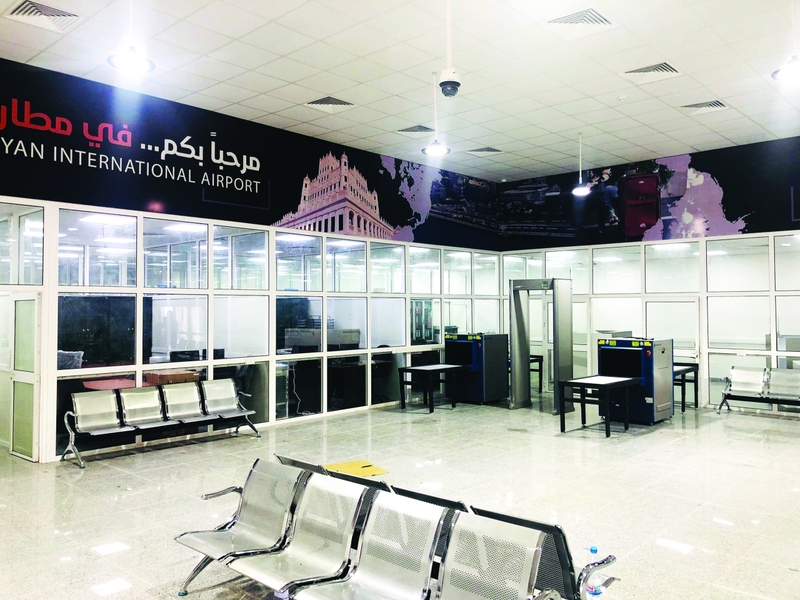 Yemen's civil aviation authority announced on Thursday the resumption of flights to and from Al-Rayyan International Airport in the city of Mukalla in Hadhramout, southeast of Yemen.

The authority said in its circulation: "The airport will operate as a first phase from 6 am to 6 pm," it said, but did not specify how many flights it would operate.

"The operating airlines and international humanitarian organizations have completed the completion of Al Rayyan airport to receive and operate flights," the authority said.

A technical team from the Yemeni Aviation Authority visited Al-Rayyan airport to see its readiness in early November, in accordance with the directives of the Yemeni President, in which he stressed the completion of the final arrangements for the restoration of Al-Rayyan International Airport. 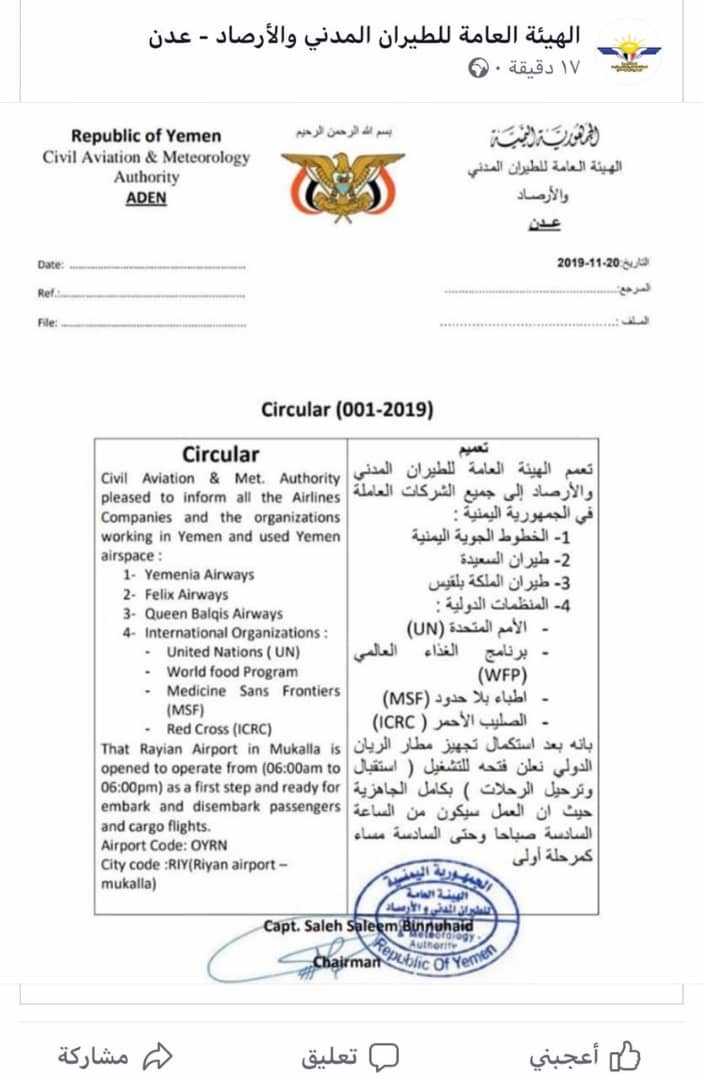