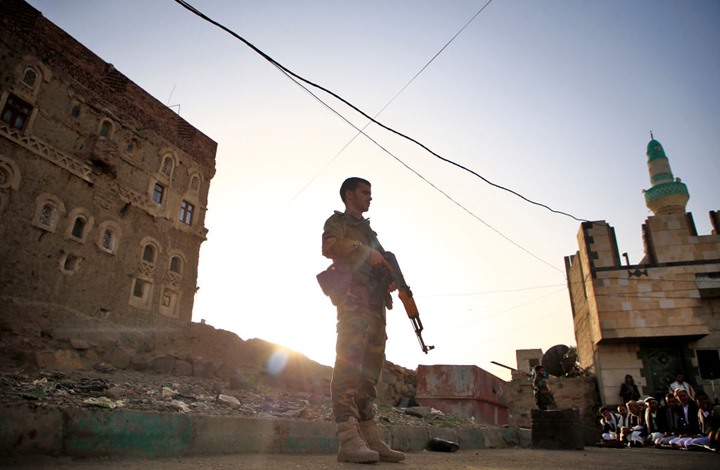 The Kuwaiti al-Qabas paper talked Saturday about provisions of a US-brokered deal to end the 4.5-year war in Yemen, including long-term truce, disarming the Houthi group and involving it in a national unity government, restructuring the Yemeni national army, and deploying a UN peacekeeping force.

The United States is engaged in mediation, along with Oman and with Kuwaiti support, the paper quoted an Arab senior official as saying. "The three countries are seeking to add new provisions to the pact in order to maintain the unity of Yemeni territories and stop the spread of Qaeda elements there."

Intense meetings to solve the crisis will be held – under American sponsorship – in next period, and 2020 will see the first step of this peace pact inside Yemen, according to the source.

Among the deal provisions will be "a UN-sponsored long-term ceasefire in Yemen, in addition to deployment of international peacekeeping force for six months to maintain security and observe the truce.

Houthi arms would be also laid down and submitted, the Yemeni army would be rehabilitated and reconstructed so as to contain all armed divisions under the Yemeni State, any militia would be dismantled, and arms depots would be handed to the Yemeni army," he added.

Under the pact, "Houthis would commit themselves to the stop of firing missiles and launching attacks on Saudi Arabia or any Arab country, and would stop contact with, and receiving military or logistic support from, Iran, unless international sanctions would be imposed on the group's leaders.

"The US will oblige the Houthis to quit arms absolutely, stop and escalation and lift siege of different Yemeni provinces.

"The deal provides for a Yemeni national unity government to include all community spectra – with Houthis given a quota of no more than 25 percent and working under the Yemeni State umbrella – for prisoners and abductees be gradually swapped, a new constitution be in place, and presidential elections be held.

"All this would be after the State institutions and situations are arranged, and Yemen reconstruction would be following a final agreement. Saudi and Emirati meetings with Houthi leaders would be held, under US sponsorship, but only after the Houthis fulfill a number of the US-put conditions, particularly stopping the Iranian provocation against Gulf states," the senior source said.

On 22 November, Kuwait said it is prepared to host Yemeni new negotiations to reach a final, inclusive deal that would end the crisis lived by the country, amid western reports about Saudi unofficial talks with the Houthi group in the Omani capital since last September.

Observers see progress has been made in these talks, specially following the Saudi release of 128 Houthi prisoners last Thursday, and Riyadh's announcement to allow for humanitarian flights through Sana'a airport.