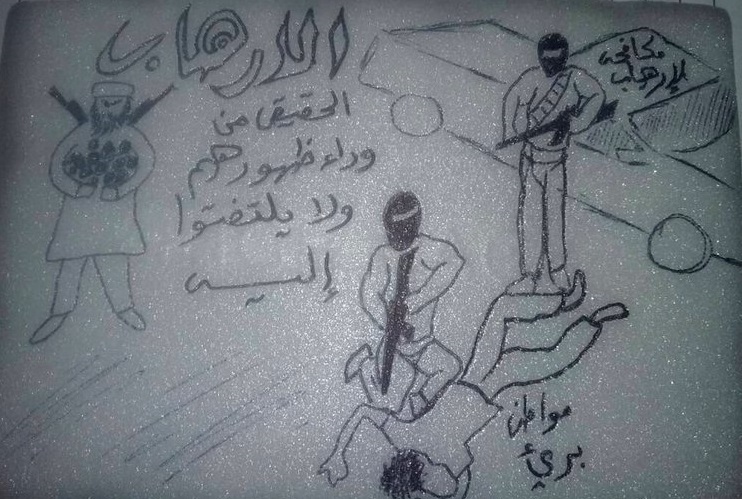 With hugs and kisses, family and friends of a Yemeni actor celebrated after he and at least three other detainees were freed after being held for nearly a year without charge in prisons that Associated Press reporting has shown to be controlled by the United Arab Emirates.

The actor, Nasser al-Anbari, a well-known comedian who appeared in TV shows and online videos, grinned and waved on Monday as he walked among the well-wishers in the southern city of Aden and motorists honked their car horns, a video filmed by his family shows.

“I couldn’t believe my eyes. I was filming him while in disbelief,” said one of al-Anbari’s sons. When al-Anbari met with his wife, who has cancer, “the two wept,” the son said, speaking on condition of anonymity out of security concerns.

The UAE has denied it runs any prisons in Yemen and said Yemen’s government is in full control. But Yemeni Interior Minister Ahmed al-Maysari has said he has no control over the prisons and that he can’t even enter Aden without UAE permission.

An AP investigation last June found a network of secret prisons run either directly by the UAE or through allies, with former inmates and security officials often reporting seeing Emirati officials at the facilities, where they said torture is widespread. The United Nations Panel of Experts and Human Rights Watch have also confirmed the existence of Emirati-controlled prisons and torture.

The release on Monday came days after the AP revealed that hundreds of Yemeni prisoners swept up in anti-terror raids by Emirati-backed forces have been subjected to torture and sexual abuse.

At least three others were also freed on Monday from various Emirati-linked facilities. One was an elder called Mahmoud al-Baydani, who used to work for the International Committee of the Red Cross to help mediate releases of hostages held by al-Qaida. He had been held at Beir Ahmed and another UAE-controlled prison in Buriqa. One of the others was held in a lockup in the house of Aden’s Emirati-backed security chief Shalal Shaye.

A brother of one of the newly released detainees told the AP that “he was freed all of a sudden without notifying the family in advance.” The brother said the family found out about his release when he arrived at the house, half an hour later.

A state prosecutor, Mohammed Ali Saleh, declined to say how many detainees were freed on Monday.

Security officials told the AP that more prisoners are expected to be released in the coming days from different secret prisons in Aden.

Separately, in the city of Mukalla, east of Aden, 12 detainees were freed on Tuesday from the central prison, which is under the authority of the Yemeni government, a senior prison official said. The detainees had been previously held in one of the UAE-controlled secret prisons at Riyan Airport in Mukalla before they and around 100 other Riyan inmates were handed over to government authorities.

The security and prison officials spoke on condition of anonymity because they weren’t authorized to speak to the media.

The Emirates, a key U.S. ally, has spread its influence across southern Yemen while participating in a Saudi-led coalition that is fighting Iranian-backed rebels known as Houthis who hold the north. The UAE has armed and funded militias and security forces separate from the Yemeni government as well as installed bases.

The AP first asked the Pentagon about abuses committed by the UAE one year ago. Despite reports of torture documented by the AP from former and current detainees, human rights groups and the United Nations, Marine Maj. Adrian Rankine-Galloway, a Pentagon spokesman, said the United States has seen no evidence of detainee abuse in Yemen.

U.S. officials have acknowledged that American forces receive intelligence from UAE partners and have participated in interrogations in Yemen. Rankine-Galloway said he could not comment on intelligence sharing with partners.