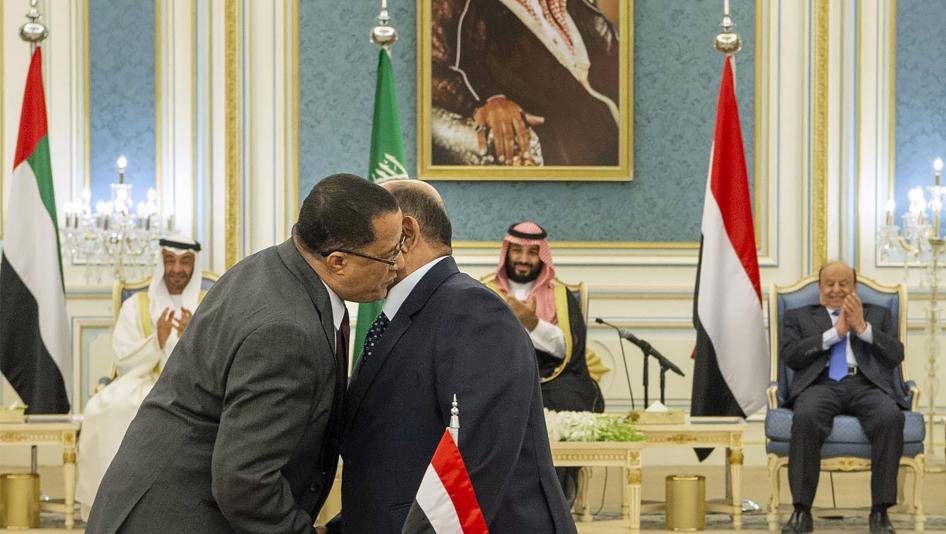 "In the months preceding the signing of the agreement in Riyadh on November 5, 2019, STC forces arbitrarily detained and forcibly disappeared at least 40 people, including a child, in the southern governorate of Aden.", the Daily Times reported.

The daily said: " At least 15 of these people were released in September after being held 2 or more weeks."

The promised-to-be merged Saudi-backed Yemeni government and STC security forces, supported by the United Arab Emirates (UAE), should immediately free people arbitrarily detained or forcibly disappeared. They should compensate the victims and appropriately punish officials who carried out or oversaw these abuses.

“The Riyadh agreement doesn’t address the enduring problem of Yemeni security forces abusing local residents with impunity,” said Michael Page, deputy Middle East director at Human Rights Watch. “The parties to the agreement need to start rebuilding the trust that has all but vanished due to abuses by these security agencies.”

Since March 2015, Saudi Arabia and the UAE have led a coalition of countries in a military campaign against Houthi forces in Yemen to restore the power of President Abdu Rabu Mansour Hadi. Tensions between the Hadi-led Yemeni government and UAE-backed security forces in the south have been mounting since 2017, as UAE-backed forces have challenged Yemeni government forces for control over various areas. The UAE announced in late June the withdrawal of most of its ground troops from Yemen, but UAE-backed Yemeni troops have continued to commit abuses there.