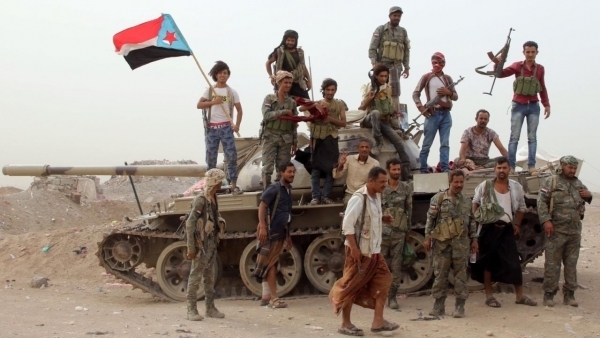 Al-Arabi Al-Jadeed talked Tuesday about differences among UAE-affiliated Yemeni southerners, particularly military and security leaders, many of whom are accused of being involved in and responsible for attempted coups, corruption and human rights violations.

It is reported that Abu Dhabi may sacrifice southern militias in the coming phase, leading to a state similar to the ongoing mutiny, the London-based paper said in its article 'Worry among southern militias of Emirati desertion', though sources see mutiny by some as Emirati maneuvers to thwart the Riyadh Agreement.

Leaders of some factions are now worried that the Southern Transitional Council (STC) along with Abu Dhabi could sacrifice many of these leaders and hold them accountable for all the turmoil seen by Aden and other southern provinces, the paper quoted military sources, one of them is close to the STC.

Throughout the last four years, Yemeni southern areas have witnessed many infighting rounds and three attempted coups, and signs have been increasingly heralding the disposal of these leaders, amid talks about potential changes in some factions' leaderships, the paper added.

Fearing that the sharing deal could lead to their ouster, some of these leaders have already defied STC's leaders, with others looking for windows helping them curry favor with the legitimate government, including leaders in security belts and Shabwani and Hadhrami elite forces, as well as activists, politicians and journalists, according to the sources.

Some are concerned that the UAE may use the Riyadh Agreement to oust many of them, and that stripping them of their ranks could make these leaders at risk of revenge and prosecution.

The UAE could oust some of its affiliate leaders who have no association to the STC, led brigades or militias, and received wages and arms directly from Abu Dhabi, the paper said.

"STC forces are divided under three commands; one led by STC chairman Eidaroos al-Zobaidi, another by his deputy the Salafist Hani bin Boraik, and the third by Aden former security director Gen Sahalal Sahei.

"Other forces are led by non-STC leaders with loyalty to Abu Dhabi that could incite them to obstruct the Riyadh Agreement," the paper concluded.