The War on Yemen and Pompeo’s Pathetic Propaganda 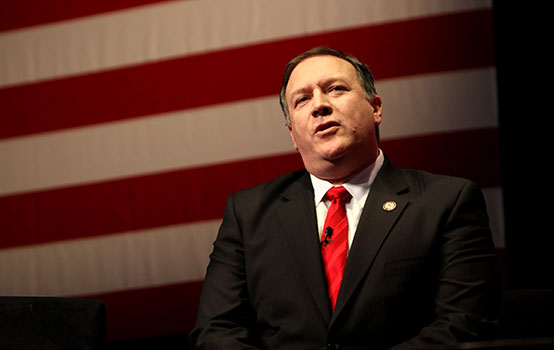 The Trump administration keeps desperately trying to shift the blame for the catastrophe in Yemen away from the Saudi coalition and the U.S.:

The administration has consistently focused on the small Iranian role in Yemen and exaggerated its importance while doing everything possible to cover for the Saudis and Emiratis at the same time that the U.S. has aided and abetted their bombing campaign and the many war crimes they have committed.

Even now that the coalition is launching an offensive on the major port of Hodeidah that serves the vast majority of the population, the U.S. is not calling them out for their destabilizing and destructive activities.

Instead of condemning the coalition for putting millions of Yemeni lives in jeopardy, the U.S. helps them to attack their impoverished neighbor.

Instead of using its influence with these governments to rein in their abuses and alleviate the civilian population’s suffering, the U.S. gives them carte blanche, never criticizes them even when they massacre wedding-goers and refugees, and goes out of its way to fault one of the few governments in the region that isn’t attacking Yemen for the country’s miserable state.

The humanitarian crisis in Yemen is the worst in the world, and the coalition blockade and bombing campaign are principal causes of that crisis.

If the administration were even slightly concerned with addressing the suffering of Yemen’s people, it would not be providing weapons, intelligence, and refueling to the coalition, and it would be holding them accountable for their numerous and egregious war crimes and crimes against humanity.

They aren’t concerned, and so they continue to support the war on Yemen no matter what the coalition does. Support for this war is indefensible, so it is no wonder that top U.S. officials have to try to distract the world from what our government is enabling in Yemen.

It is the Saudi and Emirati governments along with ours and the coalition’s other Western patrons that need to be called out and held accountable for creating the disaster engulfing the people of Yemen.