After the attack on Marib camp 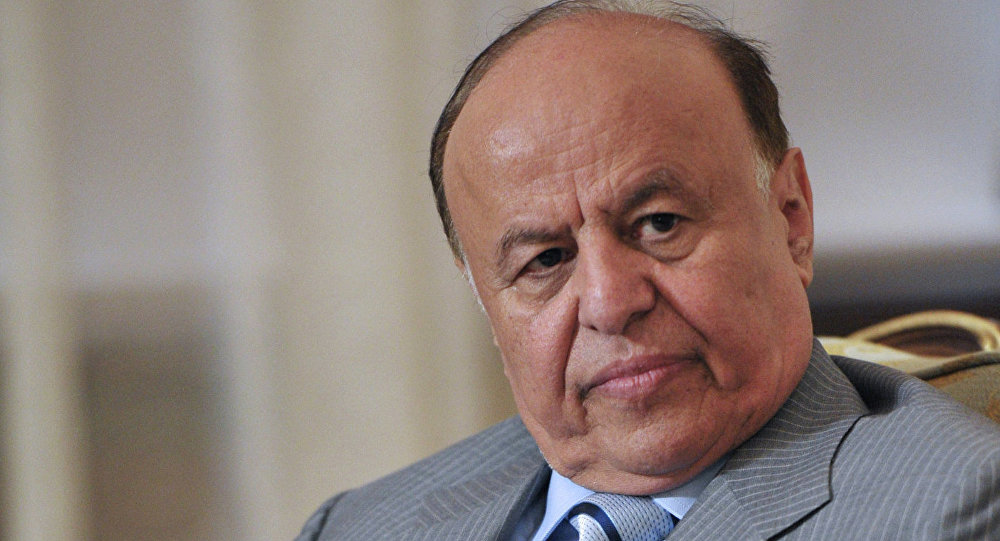 Yemeni President Abdrabbuh Mansour Hadi said late Saturday that the Houthi group (Ansar Allah) is not interested in achieving peace in Yemen, following an attack that targeted a reception camp for his government forces in Marib, in the northeast of the country.

This came during two phone calls made by Hadi to the governor of Marib Sultan Al-Aradah and the inspector general of the Yemeni army, Major General Adel Al-Qumairi, to determine the implications of targeting the Fourth Brigade camp presidential protection in Marib by the Houthi group (Ansar Allah), according to the Aden-based Yemeni news agency (Saba).

A military source loyal to the Yemeni internationally recognized government said on Sunday that the death toll from the bombing had risen to 70 dead and 50 wounded.

The source pointed out that the hospitals of Marib city were mobilized to treat the victims of the missile bombing, which also resulted in a huge fire in the camp.

The Yemeni President added that "the shameful actions of the Houthi militias undeniably confirm their unwillingness or delinquency for peace, because they are not good at unlawful death and destruction and represent a cheap tool for Iran's agenda in the region."

He affirmed, "The determination of the Yemeni people, with the support and backing of the Arab coalition countries led by the Kingdom of Saudi Arabia, to cut off the root of these rogue groups, and to repel its hateful sectarian project that is alien to Yemen and the region," as he put it.

Hadi stressed "the importance of enhancing military vigilance and combat readiness, carrying out military tasks and duties, foiling all hostile and subversive plans, preserving security and stability, and moving towards the liberation of the entire Yemeni soil."