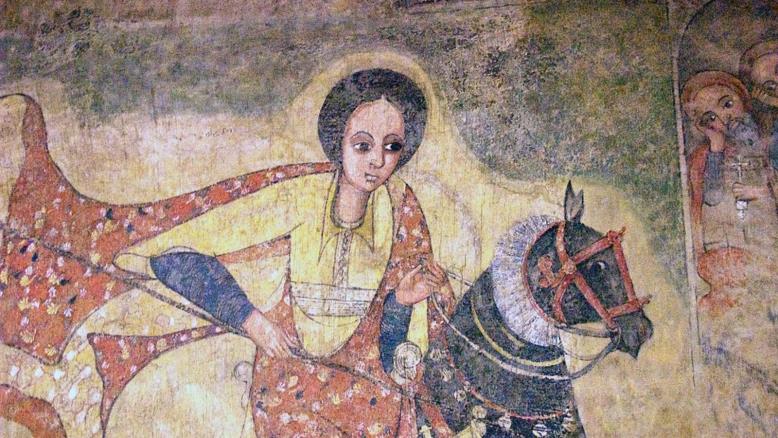 The Queen of Sheba is an enigmatic figure found in all three of the Abrahamic faiths, i.e. Judaism, Christianity and Islam. In addition to her presence in these three religions, the Queen plays an important role in the history and identity of Ethiopian people.

While most people regard the Queen of Sheba to be a legendary figure, she is considered by the Ethiopians to have existed, and is revered as the mother of the nation. Moreover, she is believed to have been the founder of the Solomonic dynasty, which ruled over Ethiopia until its last ruler, Haile Selassie I, was deposed in 1974.

The Queen of Sheba is mentioned in both the Hebrew Bible and Qur'an. In both these religious texts, she is never mentioned by name. Nevertheless, the different traditions have given her different names.

For instance, Arab sources refer to the Queen of Sheba as Balqis or Bilqis, while a Christian source, De Mulieribus Claris or De Mulieribus (meaning 'Concerning Famous Women'), written by the 14th century Florentine author Giovanni Boccaccio, refers to the legendary queen as Nicaula. As for the Ethiopians, they refer to the Queen of Sheba as Makeda. This name is found in the Kebra Nagast (meaning 'The Glory of Kings'), which was written in the 14th century and considered to be Ethiopia's national epic.

One view held by modern scholars today is that the Queen of Sheba came from Axum, an ancient kingdom in Ethiopia. An alternative suggestion is that the Hebrew word 'Sheba' is derived from the Arabic 'Saba', an ancient kingdom located in the southwestern corner of the Arabian Peninsula, in what is today Yemen. Although the archeological evidence showed that there was indeed a civilization thriving in that region, the artifacts were dated to the 7th century BC, about 300 years after Solomon's reign.

During the 1980s, however, new discoveries showed that the Sabaean civilization was already in existence during the 10th century, making it not impossible that a queen from there could have visited Solomon in Quds. In any case, conclusive answers have yet to be found, and the question about the location of Sheba is still, at present, left open.