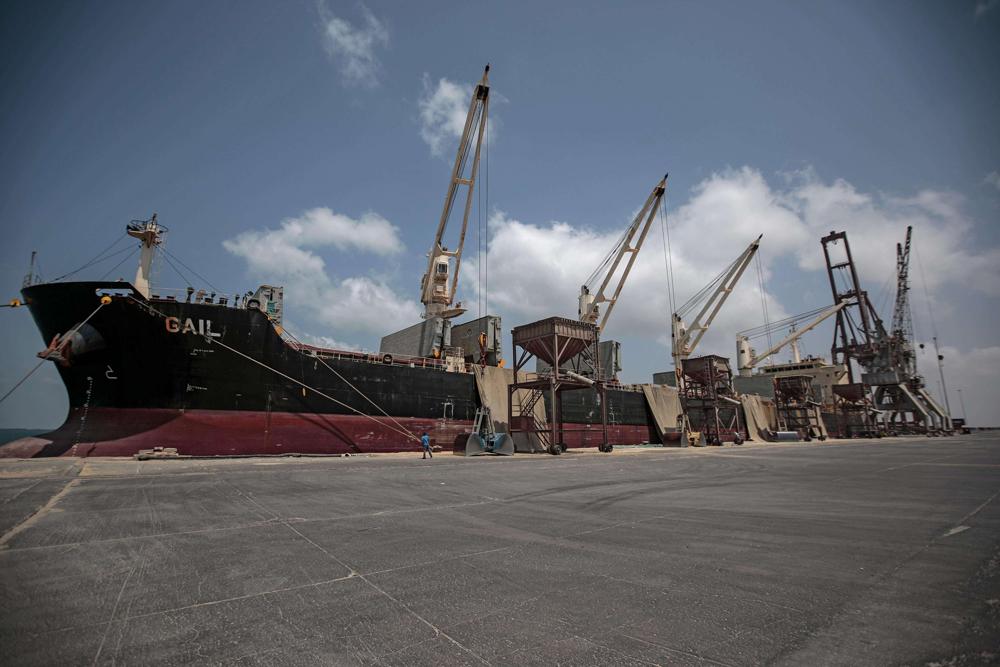 The Yemeni Red Sea port of Hodeida has lost more than 70% of its functional capacity and its losses have exceeded US$ 900 million, a Houthi official said Wednesday, accusing the Saudi-led coalition of destroying the port.
"Hodeida port received 250,000 containers per year," Houthi-appointed chairman of the Yemeni Red Sea ports corporation said. "Today, following the aggression blockade, the port receives no container, as the aggression coalition holds ships of food and medicines.
"Hodeida port is the most important support for Yemen's economy, and its blockade affects the life of Yemenis .. It is located amidst the Yemeni most populated governorates, and supplies Yemenis with their basic living needs," Mohamed Isaac added, according to the Houthi-run al-Masyra TV.
The port has lost more than 70% of its capacity after its cranes were destroyed by the aggression, leading to losses of more than 900 million dollars.
The Houthi official accused the Saudi-led coalition of hindering the move of checking and verification mechanism from Djibouti to Hodeida port, a "key provision stated by the Stockholm Agreement."
"The European Union is an effective actor in the international community, from which we expect a positive position" to end the war and blockade on Yemen, he added.