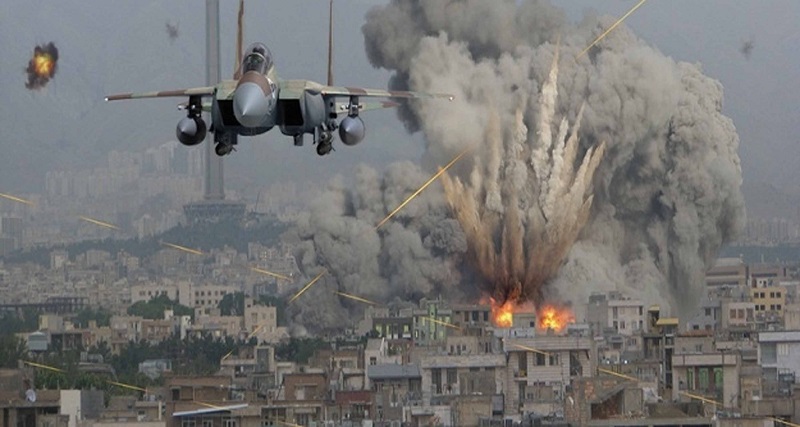 If there wasn't enough reason to stop selling arms to the Saudis, a new report found that they were responsible for most of the child casualties in Yemen.

A new United Nations report shows that the American-backed Saudi coalition in Yemen is responsible for a majority of child casualties in the region. Maybe it's time Congress paid attention to Sen. Rand Paul (R-Ky.), one of the few Republicans who has consistently opposed American intervention in this conflict.

According to the Children and Armed Conflict report, obtained by Al Jazeera, the Saudi-led coalition killed 370 out of the 552 child casualties recorded and also injured 300 more in 2017 in the brutal Yemeni civil war. The report also said that both sides of the conflict utilized child soldiers in battle, documenting 842 cases. Despite being such a destructive war, the strife in Yemen has not garnered much congressional attention outside of a few determined senators committed to restoring the authority to declare war back to the Senate, as ordained by the Constitution.

At a recent talk sponsored by the Fund for American Studies, Sen. Rand Paul and Sen. Mike Lee (R-Utah) described the American involvement as "an unconstitutional war." They faulted the U.S. government for "providing significant military assistance to Saudi Arabia."

Just last year, Paul distinguished himself from his colleagues by his marked opposition to President Donald Trump's intention to sell $110 billion of weapons to the Saudi government. While he was unsuccessful in his crusade, it sparked much-needed debate on the future of American policy on supplying arms to violent regimes.

Even more recently, Sen. Lee teamed up with Sen. Bernie Sanders (I-Vt.) and Sen. Chris Murphy (D-Conn.) in February to push President Trump to end American involvement in the Yemeni conflict. The senators tried to take advantage of the War Powers Act to force a vote on S.J. Res 54, which would have withdrawn American forces from the country, despite stringent opposition from the Pentagon and the Department of Defense. The Senate, however, tabled the resolution with a 55-44 vote.

Notwithstanding these efforts, in the midst of the ethical quagmire that is the Yemeni civil war, the United States continues to help Saudi Arabia furnish its military to fuel the conflict.

In spite of its checkered human rights record, Saudi Arabia has shared a powerful alliance with the United States for over seven decades, held strong by the bonds of oil and bombs, which steadily flow between the governments. This alliance sometimes manifests itself in the form of arms deals and acts of military assistance in Middle Eastern battlefields that are the source of tragically little discourse on the floor of Congress.

In addition to making us at least somewhat complicit in Saudi Arabia's actions, supplying arms to the Arabian monarchy will make Americans less safe. The blowback effects from crippling an already destitute country with festering Islamic radicalism will haunt America well after the Houthis have been defeated with American weaponry.

"The Saudis have dropped 64,000 bombs. Sometimes they bomb people with uniforms and guns, sometimes they bomb civilians," Sen. Paul elaborated. "And then we ask ourselves, how are terrorists created?" Combine this with the presence of American troops in Yemen to fight terrorism, and our image in the region suffers greatly.

It's important to note that America's Saudi Arabia policy is not unique. It's part of a broader (and ineffective) policy of attempting to use arms sales to coerce other countries into falling in line with our government's foreign policy agenda. In a recent paper for the Cato Institute, A. Trevor Thrall, professor at George Mason University, and Caroline Dorminey, policy analyst at the Cato Institute, argue, "arms sales lack a compelling strategic justification, amplify risks, and generate a host of unintended negative consequences." A new approach to foreign policy is certainly more than warranted.

There is no excuse for congressional complacency while our tax dollars are being used to fund authoritarian regimes that kill and recruit children, especially when it compromises our own national security.

Martin Griffiths: Escalation in fighting must stop ‘before it’s too late