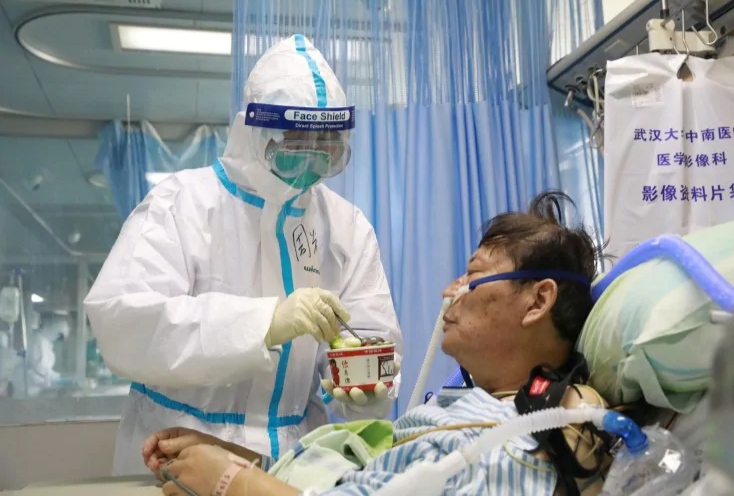 Chinese authorities announced on Friday that the new coronavirus has infected 1,700 Chinese health workers and killed six, as businesses struggled to balance containment measures with a return from an extended post-holiday break.

Authorities reported 5,090 new cases in mainland China, including more than 120 deaths, taking the total number of infected to 63,851, and the number of deaths from the disease, now labelled Covid-19, to 1,380.

“The duties of medical workers at the front are indeed extremely heavy; their working and resting circumstances are limited, the psychological pressures are great, and the risk of infection is high,” Zeng Yixin, vice minister of the National Health Commission, told a news conference.

China’s factories and offices are only slowly creaking back into life after Lunar New Year holidays that were extended by 10 days in the struggle to rein in the virus, which emerged in December in Wuhan, capital of the central province of Hubei.

The new national infection figures give no sign that the outbreak is nearing a peak, said Adam Kamradt-Scott, an infectious diseases expert at the Centre for International Security Studies at the University of Sydney.

In cities such as Beijing, the capital, and the business hub of Shanghai, streets and subways remain largely deserted with many shops and restaurants empty or shut.

Government employee Jin Yang, 28, made it in to his Beijing office but found it “anything but normal”.

Canteen lunches are banned in favour of boxed meals eaten at desks. Meetings are held online, instead of in person. Employees must wear masks all day - and report their temperature twice a day.

Wuhan, the city of 11 million people at the centre of the outbreak, has the most acute problem - and an impressive unofficial response.

With all public transport, taxis and ride-hailing services shut down in the city, volunteer drivers are responding to requests on ad hoc messaging groups to ferry medical staff and others in vital jobs to and from work, putting their own health on the line in the process.

Others work around the clock to find accommodation for medical workers in hotels that have volunteered their rooms.

Many of the drivers keep their identities secret to avoid objections from family and friends.

“Everyone in our group has such a strong sense of mission,” said 53-year-old Wuhan resident Chen Hui, who runs one of the ad hoc ride services.

But there is little sign that the tide has yet turned against a virus killing around 2% of those it infects - but able to spread much faster than other respiratory viruses that have emerged this century.

“While the Chinese authorities are doing their best to prevent the spread of the coronavirus, the fairly drastic measures they have implemented to date would appear to have been too little, too late,” Kamradt-Scott said.

WHO official Simeon Bennett said: “We see no significant change in the trajectory of the outbreak.”

Economists polled by Reuters said China’s economic downturn would be short-lived if the outbreak was contained, but expected that this quarter would show China’s slowest growth rate since the global financial crisis.

The Chinese carmakers’ association said auto sales in China, the world’s largest market, were likely to slide more than 10% in the first half of the year due to the epidemic, and Germany’s Volkswagen said its sales to China had fallen 11% in January.

While the vast majority of infections and deaths have been in China, in particular Hubei, there have been nearly 450 cases in some 24 countries and territories outside mainland China, and three deaths.

Japan confirmed its first coronavirus death on Thursday - a woman in her 80s living in Kanagawa, near Tokyo. One person has died in Hong Kong and one in the Philippines.

Vietnam has imposed 20 days’ quarantine on Son Loi, a 10,000-strong rural community 44 km (27 miles) from the capital Hanoi, that is home to 11 of the 16 coronavirus cases reported in the country, two local officials told Reuters on Thursday.

The biggest cluster of infections outside China has been on a cruise liner quarantined in a Japanese port, with 218 people on board confirmed as infected and taken off to hospital.

On Friday, some of the passengers were allowed to disembark - with priority for older passengers confined to windowless cabins - and complete their quarantine on shore.

There was good news for another cruise ship, the MS Westerdam, carrying 1,455 passengers and 802 crew.

It was finally allowed to dock in Cambodia after being rejected by five countries over fears of the virus, even though no cases had been reported on board.

Prime Minister Hun Sen greeted the passengers as they stepped off. “My wife and I gave him some chocolates as a show of our appreciation,” said Lou Poandel, a tourist from New Jersey.

With thousands of flights to and from China cancelled, the International Civil Aviation Organization forecast that global airline revenue could fall by $4 billion to $5 billion in the first quarter.

But the WHO has told the International Olympic Committee there is no cause to cancel or relocate the Tokyo Olympics, which start in July, the head of the IOC’s Coordination Commission said.