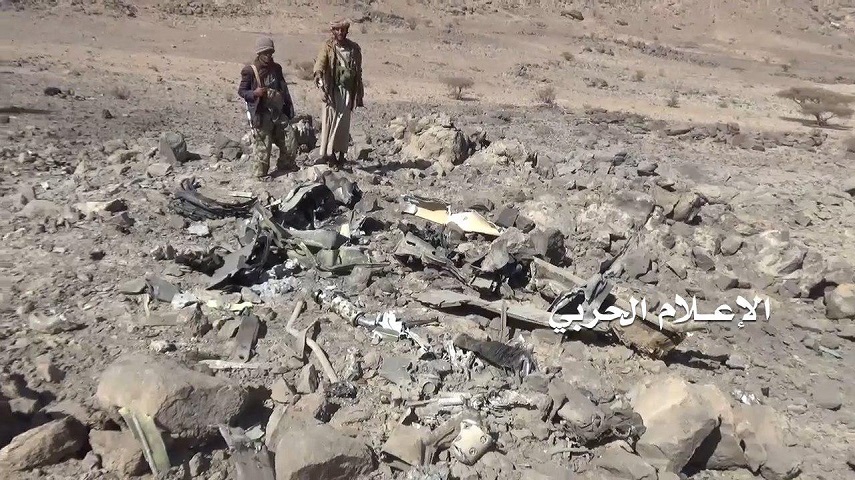 The Houthi group is responsible for the pilots' life and safety under international law, Saudi-led coalition backing the Yemeni legitimacy said Saturday evening, after a Saudi Tornado warplane fell on Friday in Jawf.

The Arab coalition's "command holds the Houthi terrorist militias responsible for the life and safety of the plane's crew under the international humanitarian law," the coalition spokesman said.

The two-officer crew used the safety seats to leave the plane before its fall, Turki al-Maliki added in a statement carried by the Saudi Press Agency (SPA).

Colonel Maliki accused the Houthis of opening fire at the pilots, which he said "violating the international humanitarian law and its conventional rules."

"The crew's life and safety is the responsibility of the Houthi terrorist group," the spokesman added.

Coalition forces carried out a search operation in the site where the plane had fallen to rescue its pilots, Maliki said earlier, noting that the operation had likely caused accidental damages to civilians.

All the documents associated to the accidental event will be referred to the joint team tasked with assessing incidents.

On Saturday, the Houthi group posted a footage "documenting the Saudi fighter jet Tornado as shot down over Jawf".

In the tape, a rocket (thought to be surface-to-air) is fired at night targeting an object on the sky and, then, someone says "the plane was hit".

The Houthi forces have shot down a coalition warplane, Tornado, over the northern governorate of Jawf, Houthi military spokesman, Yahiya Sarie, said Friday.

On Saturday, the Arab coalition said the plane belonged to the Saudi Royal Air Force and fell while backing the Yemeni army.