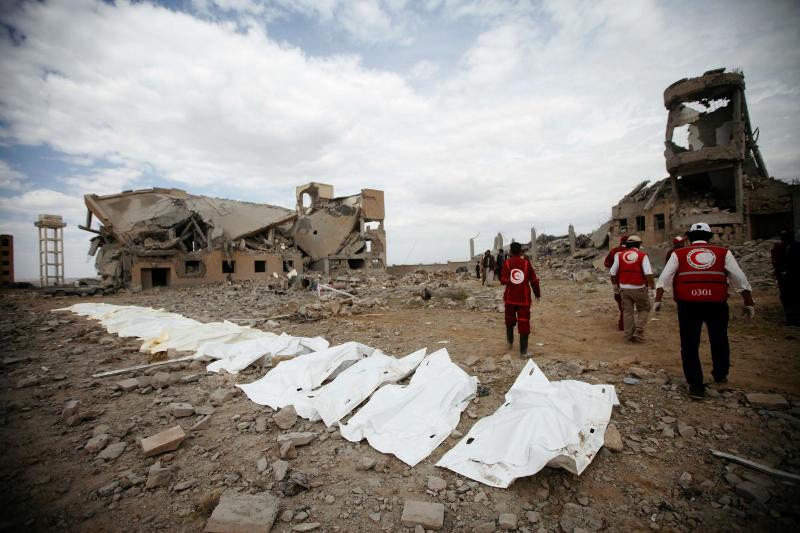 The Houthi group (Ansar Allah) in Yemen said on Monday evening that 35 people were killed and 23 wounded in a final death toll from the victims of the air strikes of the Saudi-led Arab coalition, which targeted the northern province of Al-Jawf last Saturday.

A spokesman for the Ministry of Health in the Houthi Salvation Government, Yusef al-Hadiri, in a statement published by the Houthi-run Yemeni News Agency "Saba" in its version in Sanaa, added that the final outcome of the coalition air raids reached 35 dead, including 26 children, while the number of wounded 23, including 18 children .

Al-Hadiri reported that during the early hours of Saturday morning, coalition aircraft targeted a number of citizens as they slept in their homes.

He added, "UN and international silence to

towards these crimes encouraged the aggression coalition to commit this crime, in which dozens of children and women were killed.".

The United Nations condemned on Sunday fall of civilians in raids on the Yemeni governorate of Al-Jawf, calling it "terrible."

The Houthi group said last Saturday that the coalition warplanes targeted citizens at the place of the crash of a coalition warplane that had been shot down by the group's air defenses, and their homes close to the place, in the Al-Masloub district in Al-Jawf, killing 30 civilians and wounding others.